I have written of Château Nenin that it is a rare example of a right bank châteaux under the same management as one on the left bank, the proprietor being none other than Jean-Hubert Delon of Château Léoville-Las-Cases. We have in Château Petit Village, however, another example of an estate that was, for a while at least, part of a cross-Gironde empire. For many years it was in the possession of the Prats family, a name long associated with Château Cos d’Estournel in St Estèphe, at least that was the case until the departure of Jean-Guillaume Prats for pastures new in 2013. Then in more recent years Château Petit Village was absorbed into the AXA Millésimes portfolio, under the direction of the Christian Seely, who kept watch over a number of prestigious estates including Château Pichon-Baron. In early 2020, however, this left-bank influence came to an end, as the property was sold to the owners of neighbouring Château Beauregard. 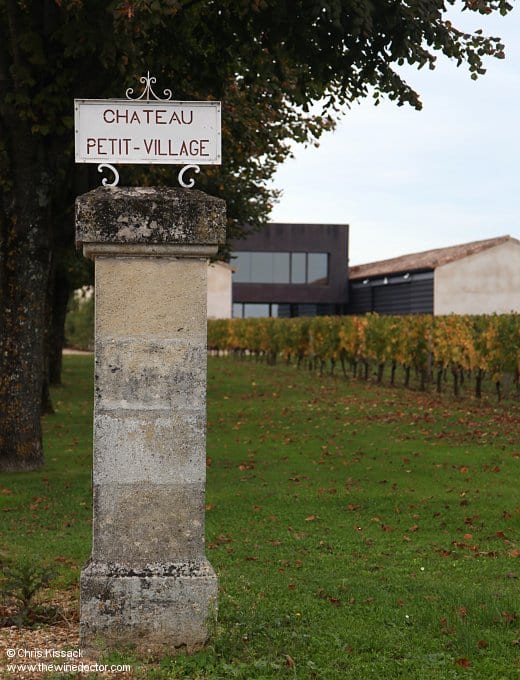 On reflection the AXA Millésimes era turned out to be a good one for Château Petit Village; Christian and his team, up until 2015 led on-site by Marielle Cazaux (who moved at that time to Château La Conseillante), should be proud of what they achieved here. It is true that quality faltered a little in the early years, and the property was nearly sold, the deal falling through at the last minute. But by the end of their tenure the AXA Millésimes team were turning out wines of excellent quality, and thus it was something of a surprise to learn of the sale of the property in 2020.

This profile looks at the evolution of this estate in recent times, as well as the vineyards and wines, right up to the time of the sale. But I begin, of course, with some detail on the origins and history of the estate.