Lunch had been the usual hurried affair, a few tasty morsels gulped down while standing at the table, a glass of refreshing sparkling water in hand. This is so often the case during the primeur tastings, despite the ‘party’ image that this annual Bordeaux taste-fest of the latest vintage tends to conjure up. At lunch, a little revitalisation and rehydration is all that I look for; the dash from one dégustation to the next, from one château to another, leaves no time for leisurely repasts. Not if I am to have enough time to taste and mentally digest a representative selection of the latest vintage’s samples, at any rate.

This hasty but much-appreciated lunch was at Château La Conseillante, which was hosting the Pomerol tasting for the Union des Grands Crus de Bordeaux (hence the provision of a little lunchtime fare) during the 2010 primeurs week, in April 2011. The Pomerol tasting is usually a quick one, as there are not many Union members in this appellation (and, it has to be said, even fewer since the Nicolas family decided, a few years later, that they too would distance themselves from UGC activities). Back in 2011 though they were happy hosting not only their Pomerol colleagues, including Château Clinet, Château Beauregard and others, but they were also celebrating 140 years of family ownership with a tasting of older vintages, back to 1945, this second tasting running alongside the primeurs. Eager to fit this unanticipated event into my schedule (it was an opportunity not to be missed – such old vintages are especially rare in Pomerol, where few châteaux have libraries of ancient vintages) there was now a second reason to gulp down my lunch.

The Nicolas family were quite right to celebrate. Ownership by family is, among the leading estates of Bordeaux, increasingly rare. This is certainly so on the left bank, where the grandeur and the scale of many of the estates has attracted outside investment. Many of them are now owned by insurance companies and other financial institutions; most required significant investment in the post-war years, and only big business can bank-roll projects of such scale based on distant, long-term returns. On the right bank though, especially in Pomerol, the average size of an estate is much smaller, and happily many of them remain in the hands of winemaking families. In the case of Château La Conseillante the Nicolas family have evidently enjoyed a long and ultimately prosperous tenure; this profile explores the story of their estate, including its origins with Catherine Conseillan, and of course the Nicolas era in full.

As is also the case with Château L’Évangile, the origin of Château La Conseillante lies with a long-lost estate known as Domaine de Mautretat. We know this thanks to the work of Neal Martin, who in Pomerol (Wine Journal Publishing, 2012) describes the research of Daniel Frugier, a historian with an obvious interest in this forgotten domaine. During the course of several centuries the proprietors of this estate were the Fazilleau and Pipaud families, but in the early years of the 18th century the estate was broken up and sold off. One very significant portion of the estate was acquired by a priest named Léglise, and this was the origin of the aforementioned Château L’Évangile. The other was acquired by a merchant named Catherine Conseillan, and it is clearly this portion that interests us here. 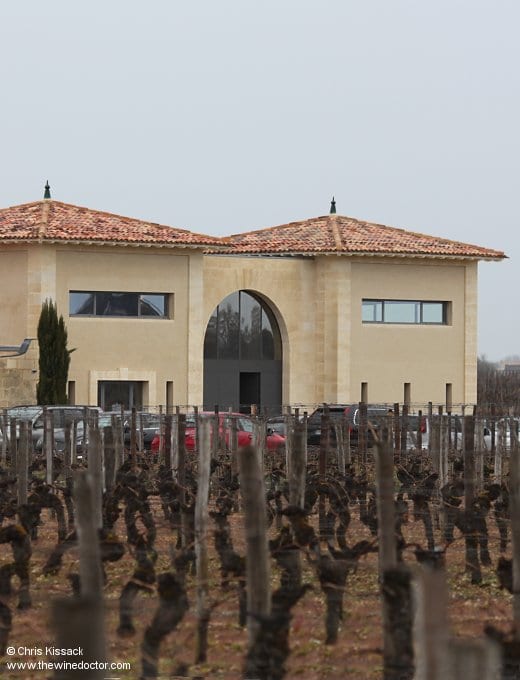 Little seems to be known of Catherine’s origins. The name Conseillan was not uncommon around the Gironde and the Sarthe regions (the latter is north of the Loire, around Le Mans) at the time, and with just a few minutes of genealogical research I pulled up details on a number of families with this name. There was a branch in Montignac in the 17th century, some way east of Bordeaux beyond Bergerac, whose descendents moved to Targon in the Entre-Deux Mers, and there was another very close by in Rions, not far from Cadillac, at the same time. Although several families bring forth daughters by the name of Catherine, unfortunately none seem to match the Catherine that we are interested in.