The programme for my first ever visit to the Loire Valley, a voyage of vinous discovery, was based on learned prejudices, a reflection of how the region was presented to British wine drinkers during the 1980s. I was a penniless student who had never before spent any length of time in a wine region before, the entire extent of my prior exposure to wine tasting sur place being a flying visit to Châteauneuf du Pape during a holiday in Provence a few years earlier. Thus I drew up a schedule for my trip based on what the British wine writers of the day said about what was hot, and what was not, along the banks of the Loire.

Some of the mistakes I made as a result of following their counsel I have already documented in the opening paragraphs of this guide to the Loire Valley, but they included omitting visits to Muscadet, Savennières, Montlouis and more, appellations I would not dare bypass today. One thing I did get right, however, was my final port of call on that first trip. Leaving Touraine, I undertook the long drive upriver to Sancerre, where I stopped for a couple of days. There was, I told myself, no way I was missing out on paying a visit to a few well-known names in this most famous of Loire Valley appellations.

Sancerre was without a doubt the appellation that first drew me in to the wines of the Loire Valley, long before I embarked on that first trip. The British wine trade and wine press (not uncommonly these have been one and the same) has had a very long and resilient love affair with the wines of this famed hilltop appellation. After all, this was how we drank Sauvignon Blanc in the 1980s, before New Zealand developed its now very robust reputation for the variety, and British drinkers fell for Marlborough’s firecracker flavour profile. Nevertheless, while Sancerre was much loved, and it certainly sold well, looking back I feel even then it was misunderstood and, in many circles, this is still true today. The message from the merchants and the press was to drink these wines young; enjoy the flavours, the freshness, the fruit and the floral delicacy. And then forget about it, just in time to move on to the next vintage. 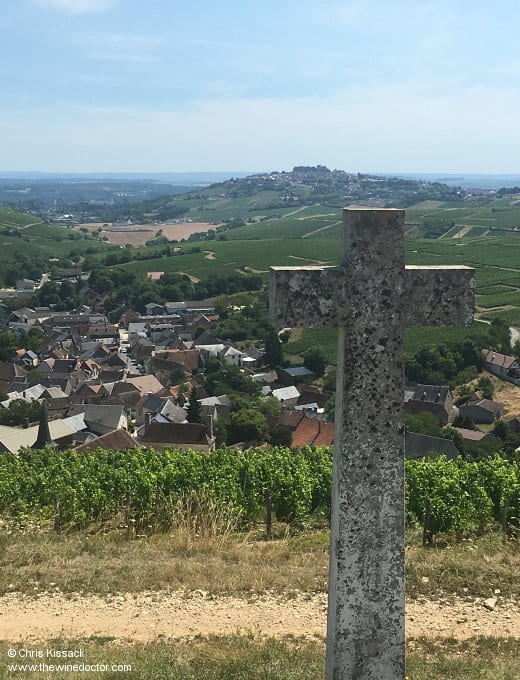 For some of the wines from this appellation this is undeniably how they should be drunk. The entry-level wines, released early, often sourced from vines on caillottes or a blend of terroirs, wines that major on fragrant and floral fruit backed up by that delightfully lifted acidity, are certainly best drunk sooner rather than later. And for a long time this was the only type of Sancerre I knew, and thus after many years (I am nothing if not faithful) I eventually drifted away from Sancerre, tired of varietal Sauvignon Blanc flavours and the rather simple composition of these entry-level wines. They were replaced in my cellar by Vouvray, as well as the much-maligned Montlouis and the hitherto secretive Savennières. It was many years later that I discovered that I wasn’t really done with Loire Valley Sauvignon Blanc. Indeed, exploring it anew, I came to the realisation that while I had thought I knew the full and simple extent of the Sancerre appellation, it was much more complex than I had appreciated, and I had in fact barely scratched the surface. It was this realisation that ultimately led me to return to the appellation again and again, my last visit as recently as July 2017, when I photographed Sancerre (above) not from the foot of the surrounding slopes, but from behind the cross atop the Cul de Beaujeu in Chavignol.