Up on the periphery of the Pomerol plateau, as the land slopes down towards the Barbanne, there can be found a number of worthy châteaux. Some are, perhaps, more worthy than others, and one that I have enjoyed visiting and tasting at recently is Château Le Gay. With careful selection – focusing on the vines in front of the château, and not the sandy riverside slopes behind – the wine of this estate can be an excellent choice for drinking.

As with many visits, however, there is more than one wine in the line-up. And any tasting at Château Le Gay is likely to end with Château la Violette, a wine which offers a very different taste experience to that of Le Gay. In part this reflects the origins of the fruit, as the vines of La Violette – or at least the ones that matter – are located between two prestigious châteaux on the Pomerol plateau, not on the periphery. And in part it reflects the no-holds-barred attention to detail in making this wine, a process that takes super-low yields, hand-destemming and microvinifications in barrel and, in blending them all together, turns them into a lushly textured, deep-pile wine of remarkable presence and character. It is certainly a distinctive wine, and that was always what the late Catherine Péré-Vergé, who ran this domaine until she passed away in 2013, wanted it to be. 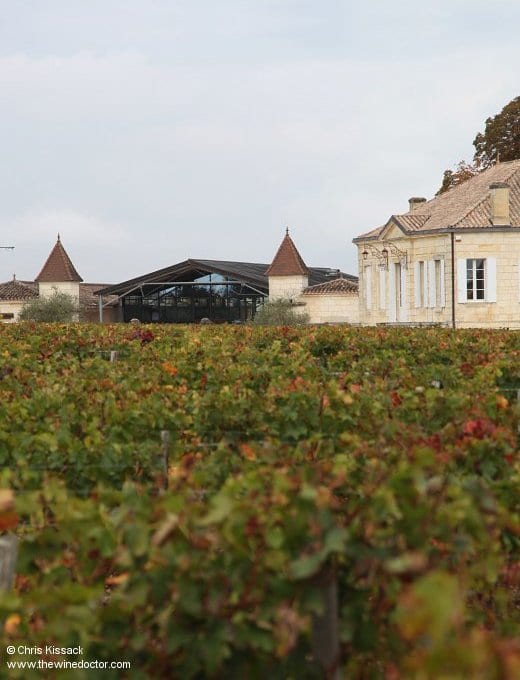 The story of Château La Violette as we know it today really begins with Catherine Péré-Vergé, but in fact the estate has a much longer history than this statement suggests. In truth Château La Violette was in existence as long ago as the 19th century, first cropping up in the 1898 edition of Bordeaux, Ses Environs et Ses Vins (Féret Fils, 1929) by Charles Cocks (these are the guides commonly and more simply known as Cocks & Féret). At this time the proprietor is a gentleman named Ulysse Bélivier; the records throw little light on Ulysse’s life, although he is surely the same man as the Jean-Ulysse Bélivier who crops up in the list of witnesses to a wedding held in Pomerol in 1887 between Thérèse Gardelle and Blaise Bonnin. At this time, aged about 30 years, Bélivier’s profession was noted to be a tonnelier, and it is not inconceivable that a little more than a decade later he might have also acquired some vines. The move from barrel maker to viticulteur was not an uncommon one at this time.