There is no denying the visual appeal of Château Beauregard although, to be honest, it can be difficult to appreciate from the roadside, for several reasons. The first is the rather obvious fact that this is a broad and low-lying building, grand in terms of its expanse and facade, but not one that is particularly tall; this means it is quite easily screened from view by the many trees and shrubs that sit before it. The second reason is that, even if this arboreal screen could be magically removed, you would still find yourself looking upon the rear of the building. It is only from the far side, from the gardens beyond, that one can really appreciate the grandeur of this luxurious maison.

That the château has such appeal should, if we avail ourselves of a little knowledge of its history, not come as a great surprise. It was designed by the famed architect Victor Louis, who had a hand in the construction of one or two other notable Bordeaux châteaux, but is best known in the region for the Grand Théâtre in the centre of Bordeaux itself. The château has left its mark not just on this particular visitor, but on many others, including Florence Shloss Guggenheim, a grande dame of the wealthy Guggenheim family. So delighted was she by its design, witnessed during a visit to the estate, that she ordered a replica built on Long Island, USA, in the grounds of Hempstead House, her residence at the time. She ultimately down-sized to this Beauregard-replica, named Mille Fleurs, placing her much larger residence at the disposal of British war orphans in 1940. Both buildings still stand today, in the grounds of Sands Point Reserve.

There is much more to the story of this estate than an elegant château though. Indeed, this building was not erected until the latter years of the 18th century. In fact the estate probably has very ancient origins, dating as far back as the 12th century. This profile explores these origins, as well as looking at the property and its wines today.

The origin of the Beauregard estate perhaps lies with the Commanderie des Hospitaliers de Saint-Jean de Jérusalem, who owned and occupied a small property here during the 12th century. Details of their activities are naturally sparse, although it seems likely that they offered lodgings to pilgrims who were en route to Santiago de Compostela; the pilgrimage route ran along the Route de Saint-Jacques de Compostela, upon which sit numerous notable Pomerol châteaux, including Domaine de L’Église and Château Le Gay, before the road runs down to Catusseau, passing mere metres from where Château Beauregard sits today. 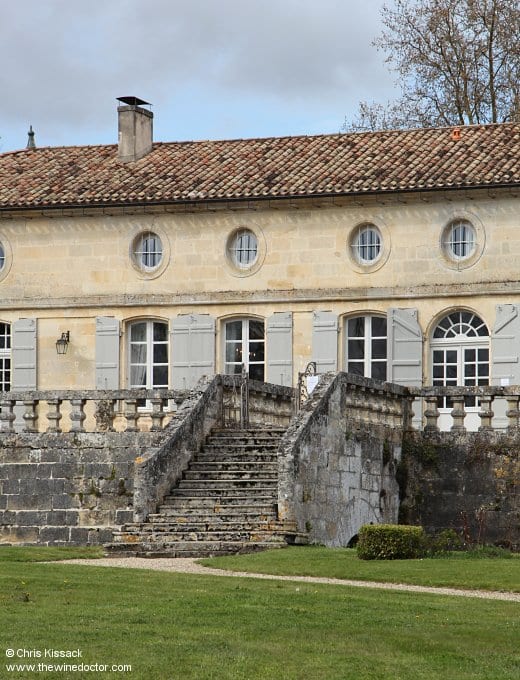 What happened here during the next five hundred years is not really known. The story only really picks up again during the 17th century with the Beauregard family who, according to Bernard Ginestet writing in Pomerol (Jacques Legrand SA, 1984), built a grand château – although not the one described and pictured above, it should be said – on the foundations of the Commanderie’s lodgings.