Despite the global renown of its proprietor, Château Le Bon Pasteur is not an ancient estate with a history stretching back into the Middle Ages or beyond. Indeed, the story only begins in the early years of the 20th century, when the land that was to form the nidus of the modern-day estate was acquired by two peasant farmers named Hermine and Joseph Dupuy. This was sometime around 1920, and the vineyards they acquired straddled three communes, these being Pomerol, St Emilion and Néac. As this predated the formation of the Pomerol, St Emilion and Lalande-de-Pomerol appellations (and indeed the appellation d’origine contrôlée system as a whole), initially the vineyards were all managed and harvested as one, and were referred to as Bon Pasteur. It was said by that famed proprietor – none other than Michel Rolland – that the name Le Bon Pasteur, which translates as The Good Shepherd, was chosen on Good Shepherd Sunday (the fourth Sunday of Easter in the Catholic liturgical calendar) by Hermine Dupuy, who was presumably a woman of some religious conviction.

Despite the estate today being a well-recognised member of the Pomerol pantheon, the wines were not actively commercialised in these early days and were instead largely sold in bulk. With time, however, this – and many other features of the estate – would come to change.

One of the most significant changes came with the introduction of the appellation system, as this carved the Bon Pasteur vineyard into three. Those vineyards within the Pomerol appellation held onto the name Château Le Bon Pasteur, whereas those in Lalande-de-Pomerol (5.67 hectares) were ultimately christened Château Bertineau-St-Vincent. Those in St Emilion (3.35 hectares) have, since the 1970s at least, been marketed as Château Rolland-Maillet. The three domaines remain tied together as one to this very day, the wines all made in the facilities at Le Bon Pasteur. 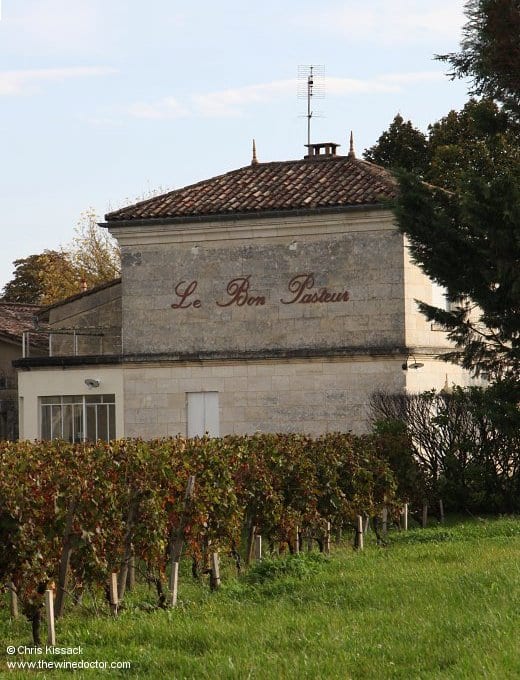 Over the years that followed Joseph Dupuy acquired more vineyards, a parcel here and a parcel there, and the domaine grew in size. Ultimately he handed down the responsibility for Le Bon Pasteur to his daughter, Geneviève, who had married a local lad named Serge Rolland. It was under their direction that the vineyard grew to its current size, in 1955. Serge and Geneviève had two sons who, it was hoped, might one day take on the running of the domaine. The eldest was Jean-Daniel, but he preferred the law to viticulture, and today he works as an advocate based in Fargues-Saint-Hilaire, a little commune on the right bank of the Garonne. The younger of the two sons was Michel, and he certainly did show an interest in the running of the domaine.