It is remarkable to observe the self-imposed segregation between the left and right bank appellations of Bordeaux; I would not go so far to say they are worlds apart, but despite their geographical proximity and the superficial similarities in the style of the wines produced, these two sides of the Bordeaux coin are certainly distinct. An examination of the history of many of the top left bank estates brings forth the same names, with Ségur being an obvious example. Between them the father-and-son team of Alexandre and Nicolas-Alexandre de Ségur owned what seemed like most of the Médoc during the 17th and 18th centuries. Nicolas-Alexandre spent much of his time in the royal court, and reputedly had stones from his vineyards polished and made into buttons for his coat, so it is no wonder Louis XV christened him the Prince des Vignes (as well as ultimately making him a marquis, as it happens).

Alternatively, in more recent years the nobility were replaced by the merchants, bankers and outside investors, and as a consequence names such as Rothschild, Sichel or Cazes are more commonly encountered. Although, to be fair, many grand châteaux are no longer family-owned at all, and are instead in the hands of big business. 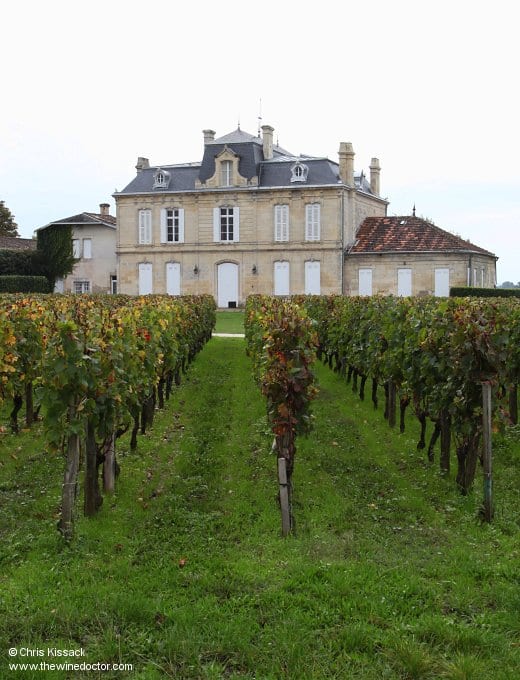 All these names are famous in the little world of Bordeaux, but an exploration through the histories of St Emilion or Pomerol will not reveal a single trace of them. Here many châteaux have remained in the ownership of families still tied to the land, names such as Guinaudeau at Château Lafleur and Durantou and Château L’Église-Clinet. There are some famous names here of course, even some dynasties, including Jean-Pierre, Christian and Edouard Moueix (and there are more beside these three), the various members of the Thienpont family at Le Pin, Vieux Château Certan or Château Pavie-Macquin, and both Stephan von Neipperg and Jonathan Maltus also have a very strong portfolio of properties. All these names, however will be unfamiliar to the historian of the left bank.