On the slope of Pomerol’s plateau the soils change gradually, from the highly prized seams of clay and gravel near the plateau’s summit, to the more sandy soils found at the foot of the slope running across the road towards the Isle, which winds a very lazy and convoluted path towards the Dordogne. Where a château sits on this slope has an undoubted influence on the quality of the wine, and yet it can be difficult to pigeon-hole these châteaux based purely on their location. Indeed, it is probably unwise to do so; it is the location of the vines that really matters.

Take, for example, Château Latour à Pomerol and Château La Grave à Pomerol; both properties are farmed by the Moueix family, the first on behalf of the proprietors, a charitable foundation, the second they own outright, and the two châteaux are practically neighbours, as neither sits more than 300 metres from the D1089. The latter of these two properties, as I have described in my profile, is rightly regarded as an entry-level wine in the Moueix portfolio, this position perhaps having been cemented in place by the donation of some of its more prestigious gravelly vineyards to Château La Fleur-Pétrus.

This would seem to indicate that the soils down here do not hold much potential, until we turn to Château Latour à Pomerol, that is. A decade or two ago the wine of this estate was perhaps also worthy of the ‘entry-level’ tag, but looking over my scores for recent vintages I certainly don’t think this is true today. And, looking back at historical accounts of the estate, I see that during the 1940s and 1950s this property, at the time in the possession of Lily Lacoste, the grande dame of Petrus, had a reputation for turning out giant-killing wines that were some of the best in the entire appellation. This is clearly an estate that we should be keeping track of, especially as the vigour that once ran through those ancient vintages seems to have returned over the past decade or two.

The exact origins of the estate are not crystal clear. It is during the late-19th century that the property seems to materialise, born from the expanse of vineyards brought together when the Garitey and Chambaud families were joined by marriage. 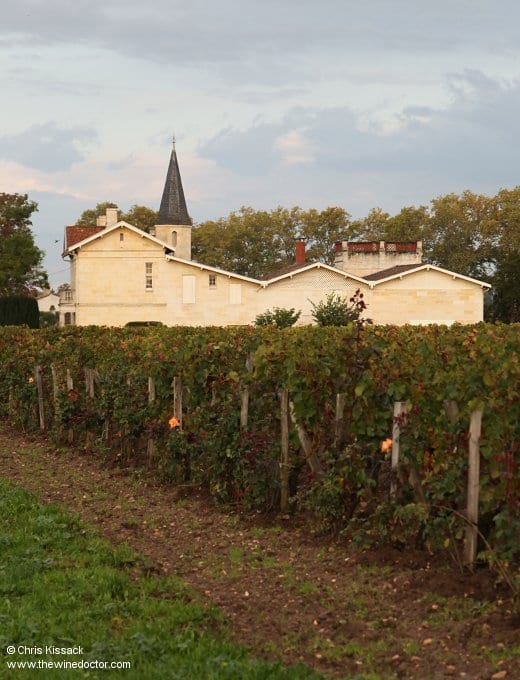 The furthest back I have been able to trace the Garitey family is to the early-19th century, when Mathieu Garitey (born 1815) married one Marie Giraud (born 1813). This couple had two sons, the elder Elie Garitey (born 1844) and the younger Louis Garitey (born 1846). In 1846, the very year Louis was born, the family took up residence in St Emilion, where it seems they lived until 1875. Both sons grew up to work in wine, local records indicating that Elie Garitey was a propriétaire, although I have not uncovered his name tied to any estate of note. He seems to have married Marie Bureau in Castillon-la-Bataille in 1871, but thereafter I have found no trace of him. Louis Garitey, of more relevance to this story, was a tonnelier and propriétaire; it was he who married the Chambaud daughter.