Ask any acolyte of Pomerol – someone who really knows the commune and its wines – to rattle off the appellation’s most significant estates and wines and it is likely that Château Lafleur will come very near the top. Having said that, despite the excellence of Lafleur’s wines, this estate does not seem to have the same degree of fame or broad international appeal as Le Pin or Petrus. Is this simply a side effect of the very limited supply, the vineyards accounting for no more than 4.5 hectares of the appellation? Or is it more a reflection of the proprietors, a modest family who possess evident humility, rather than the smug self-importance that can on occasion be encountered at some of Bordeaux’s top estates?

This humble family is led by the patriarch Jacques Guinaudeau, supported in his labours by his wife Sylvie, his son Baptiste and his daughter-in-law Julie. The family are direct descendents of the originator of the estate, which only came into being during the 19th century; nevertheless, although this is certainly a family domaine, the inheritance of the estate has not been as direct as their bloodline. It has changed hands only a few times, but rarely from one generation to the next it seems. On one occasion it passed from grandfather to granddaughter, on another from one cousin to the next. To explore the curious path which Château Lafleur has taken in order to find itself in the hands of the Guinaudeau family today, we should first look back to its birth, and the man who had the vision which first brought the estate into being.

The man in question was Henri Greloud, who in the latter half of the 19th century was already proprietor of Château Le Gay in Pomerol, Château La Dominique in St Emilion, and the family also owned Château Tertre-Daugay – now in the ownership of Domaine Clarence Dillon (as in Château Haut-Brion and Château La Mission Haut-Brion), and renamed Château Quintus. Henri purchased some vineyards just around the corner from Château Le Gay, in 1872. At the time these vines were not farmed independently, but had been merely one parcel within a much larger domaine, and the wine had not been bottled separately. In such a situation the expected course of action would have been for Greloud simply to absorb the newly acquired parcel into the vineyard of Château Le Gay, already a well-established estate. Nevertheless, seemingly convinced of the quality of the terroir and the fruit, he instead decided to create a new and quite distinct property from his purchase. 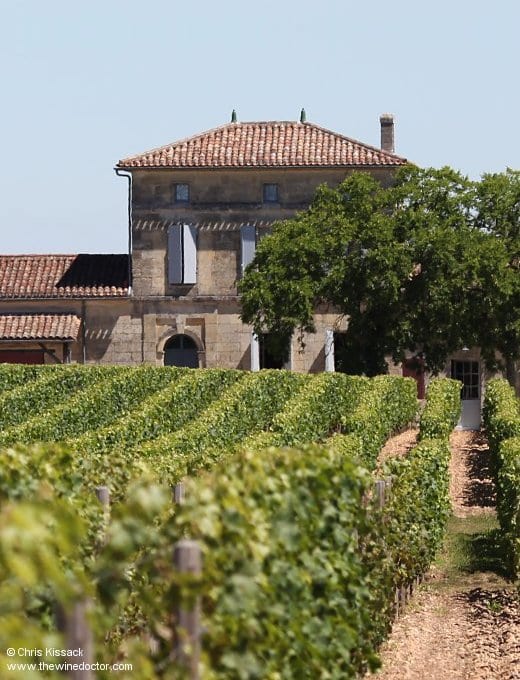 The story of Lafleur’s acquisition by Henri Greloud is disputed by Clive Coates when he profiles the estate in Grands Vins (University of California Press, 1995). Coates seems to believe that the Lafleur vineyards were part of the Greloud estate long before 1872, and he suggests that as both Château Le Gay and Château Lafleur were owned by the Fontémoing family – wealthy landowners and négociants – and rented out to one man, Jean Pignon, in the mid-18th century, they must therefore have subsequently come to the Greloud family as one unit. Coates admits, however, that there is no evidence to support this claim, writing “[w]hether the vines farmed at Le Gay by Pignon included what is now Lafleur, and what happened to this particular parcel when the fortunes of the Fontémoings began to decline after the Restoration, we do not know“. Coates points out that according to Cocks et Féret, the Bordeaux bible, the family estate was managed by a Veuve Greloud in 1868, and he claims that the division into Chateau Lafleur and Château Le Gay came about when the property was divided between her two sons, Henri and Emile. This last claim is at least plausible.