Can there be any more complex interweaving of vinous families and names than in Pomerol, with all its Lafleurs, Églises, Clinets and Gazins? It is a system that seems designed to befuddle, although a visit to the region can do much to clear the fog of confusion; every time I walk across the vineyards of Pomerol, or drive from one property to the next, I broaden by just a little bit my understanding of the panoply of Pomerol estates, how they have evolved, and how they are related to one another.

Château L’Église-Clinet is a prime example of one of these ‘blended’ names, and like many properties in Pomerol it is, to be blunt, a very modest property. Indeed, this is true of many estates in this appellation; on the left bank it is impossible to overlook the likes of Château Pichon-Baron, Château Pichon-Lalande or Château Margaux, or indeed many other typically grand châteaux, but here on the right bank there is often little to distinguish one low-slung, terracotta-tiled farmhouse-come-chai from the next. But looks can be deceiving; in Pomerol the grandeur of the wine made at any one property can often far exceed the status that is suggested by the appearance of its châteaux. This is certainly true of Château Lafleur, and also Château Le Pin (even after the construction of Jacques Thienpont’s new, distinctively understated cellars). Château L’Église-Clinet is just one more example of Pomerol’s deceptively simple facade. The château is decidedly understated, an attractive farmhouse built in 1850 which does its best to hide behind a row of tightly-pruned plane trees. Indeed, the entire estate is nothing to look at, but the wines made here are magnificent, and I would rank them right at the top of the appellation.

This profile examines the workings of this leading Pomerol domaine, with a focus on the man who was for many years the driving force here, the late Denis Durantou (1957 – 2020), and of course his magnificent wines. But first, a little history, beginning with the Rouchut family.

There are, obviously, two components to the name of Château L’Église-Clinet. The inclusion of Église perhaps suggests an ecclesiastical origin, while Clinet would seem to indicate some relationship with the nearby Château Clinet and Château Feytit-Clinet, perhaps a common owner? All around the estate there are clues waiting to be discovered. Right next to Château L’Église-Clinet, sandwiched between the Durantou residence and the vineyards of Domaine de L’Église, is a cemetery, and of course just a few hundred metres to the south-east, on the other side of the L’Église-Clinet vineyards, is the gigantic Église Saint-Jean, which towers above the surprisingly small number of rooftops that constitute the village of Pomerol. So there’s the ecclesiastical-église component explained. And just a short walk around the corner and down the road is the aforementioned Château Clinet. The two must once have been part of the same estate, a right-bank equivalent of Château Pichon-Baron and Château Pichon-Lalande. Case solved, you might think.

Not quite. The story of Château L’Église-Clinet is perhaps a little more complicated than that. 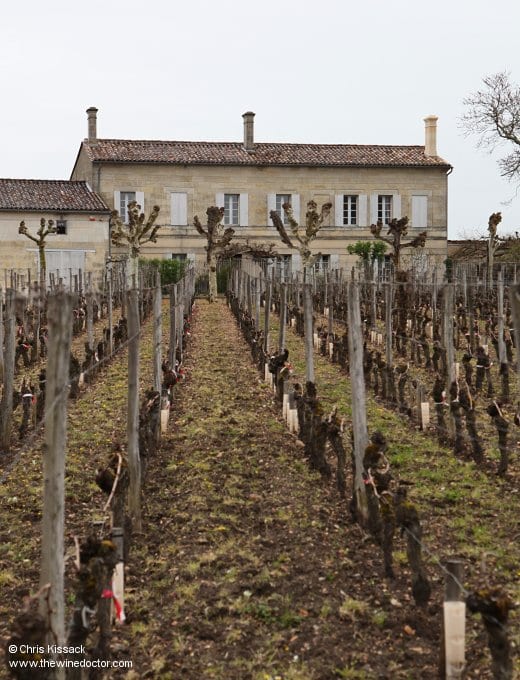 It might seem somewhat pedantic, but the Église of the name of this property reflects the presence not of the modern-day church, but of a more ancient chapel, one that seems to have been erected in the 12th century. Although the buildings fell into ruin, and were eventually razed to the ground in the latter years of the 19th century, the existence of this église has been carried through into the names of numerous vineyards that surrounded the church, including Clos L’Église, which sits just across the road from Château L’Église-Clinet, as well as the aforementioned Domaine de L’Église. As for Clinet, this part of the name originates with the Clinet lieu-dit, the origins of which are not really clear. I discuss this in more detail in my profile of Château Clinet, and therefore I will not revisit it here.

What we do know of the origins of Château L’Église-Clinet, as well as Clos L’Église (as the two have a common origin), can be traced back to an 18-hectare estate in the ownership of the Rouchut family at around the time the ancient church was being demolished.