I suspect it will come as no surprise that my Bordeaux education began on the left bank, principally with the wines of the Médoc, with the occasional wine from Graves thrown in for good measure. This is a fairly typical story for Bordeaux drinkers in the United Kingdom; there are wine merchants in Bristol and London with many centuries of trading history, and the wines of the Médoc have featured on their wine lists throughout. The wines of the right bank, especially Pomerol, although much more readily appreciated in some European markets such as Belgium, were much less prominent. The estates didn’t seem to have the grandeur and reputation that British drinkers seemed to desire. You only have to look at the rise of Petrus, a 20th-century story, and more latterly Le Pin, to see how under-rated the wines of this appellation have been even very recently.

Nevertheless, even during my earliest encounters with Bordeaux, in a tasting group I attended many years ago, the wines of Pomerol did crop up now and again. They were never dealt with in the same focused manner as the wines of the Médoc though; Pomerol tastings tended to be rag-tag affairs looking at different estates and different vintages, a contrast to the ten-vintage verticals from left bank châteaux we did. Despite this, the tastings still afforded good opportunities to meet some wines with which I was then less familiar. It was there that I first encountered the likes of Château Gazin, Château Beauregard, Château Taillefer and Château Le Bon Pasteur, as well as one or two grander names such as Château L’Église-Clinet and Vieux Château Certan (Petrus and Le Pin never made an appearance – the tasting group in question was sadly devoid of generous millionaires willing to splash for a bottle). One other name that regularly cropped up, wearing a distinctive label with red text set against an otherwise stark black and white design, was Clos René. 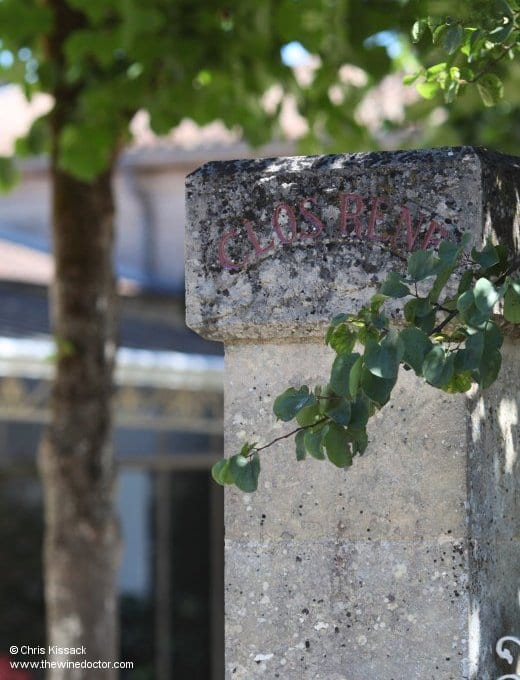 I suspect there were many reasons why this wine would regularly appear, but these probably included a relatively wide distribution, so it was fairly easy to track down, and it was also relatively affordable. I also suspect its reputation for reliability, as espoused by Clive Coates among others, was an important factor. Despite these early encounters, however, I was never quite as convinced of its reliability as some were; this perhaps explains why it is not a wine I have regularly revisited since. In recent years, however, it has come back onto my radar once again and it seems, in some vintages at least, that this is an estate of which we should at least be aware.