Château Rouget is located on the slopes of Pomerol, not far from the summit of the plateau, where the land runs down to the gently bubbling waters of the Barbanne. Despite this, and despite the fact its neighbours include some of the most famous names of the Pomerol appellation, its vines abutting those of Château La Croix de Gay and Château L’Église-Clinet, it has always been easy to overlook this estate. Set back from the road, and hidden from the eyes of pilgrims making their way along the Route de Saint-Jacques-de-Compostelle, it long seemed determined to maintain a low profile within the appellation. Its wines were also rarely seen, despite there being an extensive vineyard here.

In recent years, however, under the direction of Édouard Labruyère, the estate seems to have eagerly elbowed its way into the public eye. It is a very welcome development, not least because its wines cane taste rather good, but because they also display some rare qualities, a sense of purity, and a distinctive character which is a welcome change from the homogeneity of Bordeaux. In other words, this is an estate worth knowing about. In my profile of it I commence as usual with some historical context for the estate’s modern-day standing, before I explore the vineyards and the approach to the vinifications.

The origin of the name Rouget cannot be determined with certainty, and it is probably rooted in ancient history. Writing in Histoire de Pomerol (Imprimerie Libournaise, 1946) the historian Jean-André Garde tells us of the Tènement des Pignons et Rougier, as described in documents dating to 1746. In this tènement, which took its name from the village of Pignon and the hamlet of Rouget, were located the lieux-dits of de Gay, Perruchot, La Veylète, Lavaud and the bourg (or village) of Pomerol. One or two of these are today familiar names, especially de Gay, which relates to the modern-day estates of Château Le Gay, Château Vray Croix de Gay and Château La Croix de Gay. 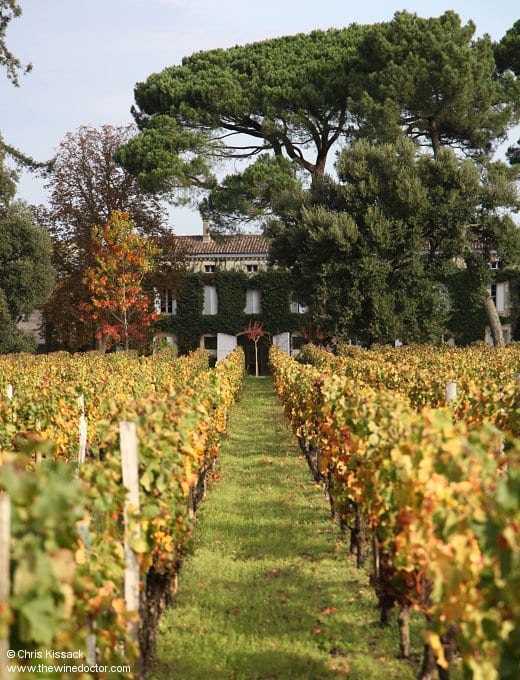 Garde also lists the proprietors and landlords associated with this tènement, their number including Claude-Louis de Gombaud, an écuyer, a noble title under the Ancien Régime which had military connotations, Pierre Demons, a lawyer and one-time mayor of Libourne, Daniel Arrouet, a surgeon, and Louis Fontémoing, a bourgeois who also hailed from Libourne. This latter figure was none other than Louis-Léonard Fontemoing, a négociant who owned huge swathes of land in the region. His is perhaps already a familiar name, the Fontémoing family having been important négociants and landowners who crop up in numerous St Emilion and Pomerol profiles.