A friend of mine, meeting his future father-in-law for the first time, nervously yet gratefully accepted a glass of wine from the imposing, don-like figure that stood before him. The conversation that flowed thereafter was perhaps as expected. Where was he educated? What had he read at university? Did he have a job? What did his parents do for a living? The subtext which ran beneath all these politely poised enquiries – what are your intentions with my daughter? – went unasked, and yet the question filled the room like the proverbial elephant.

Perhaps looking to ease the tension, and wanting to appear interested, the hapless suitor changed the subject with an enquiry as to the identity of the wine in question. “It’s Petrus”, was the matter-of-fact reply. My friend nodded sagely, but said nothing, simply because he had no clue as to what this meant, having never heard of let alone tasted this wine before. Sometimes it is better to keep your mouth closed, and appear foolish, he thought, than to open it and remove all doubt. It was only some time later when we spoke of the encounter that I pointed out the significance of what he had held in his hand at that time. 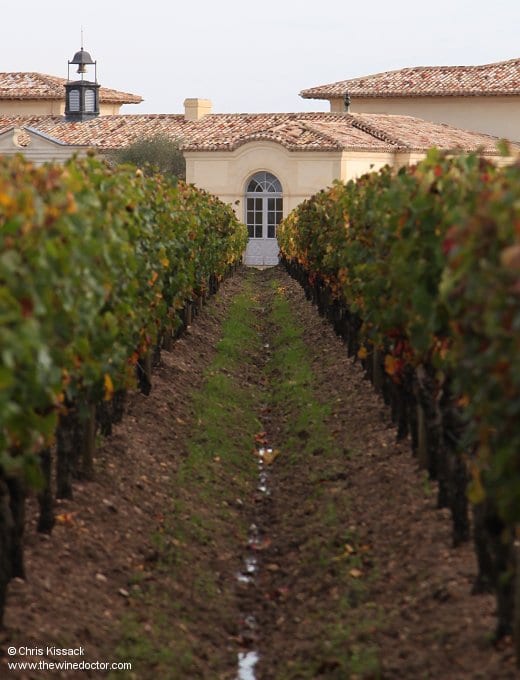 Such a situation is unusual on many levels. Being poured a glass of Petrus is not an everyday occurrence. Pouring Petrus blind, to somebody with no knowledge of wine is also an uncommon occurrence. Perhaps just as unlikely, however, is the thought that the recipient, no matter how clueless they were with regard to wine, would have absolutely no idea as to the wine’s significance. Petrus is, after all, a wine whose reputation precedes it. Many people, from the most ardent drinker of all things Bordeaux to the committed teetotaller, know the name and also recognise its significance, as a symbol of good taste, of lavish celebration, and perhaps of financial success. Clive Coates once wrote, in Grands Vins (University of California Press, 1995), “Many of the top wines of Pomerol, I suspect, are known more by their reputation than by actual tasting experience“. When it comes to the likes of Petrus I would not be inclined to disagree with him.

And yet during the first half of the 20th century Petrus was a little known estate in an appellation widely regarded as a minor and perhaps somewhat rustic satellite of St Emilion. The wines were sometimes difficult to sell, and the prices were much lower than is the norm today. This is therefore an estate that has enjoyed a meteoric rise to stardom, first under the tenure of Madame Edmond Loubat who took gradual control between the 1920s and 1940s, and then subsequently with the Moueix family who took over during the years following her death. But this is very recent history for this modern-day prince of Pomerol, and the Petrus story begins at least two centuries earlier. I start here by looking at the origins of the estate, which lies in the mid-18th century.