It is surprising just how few cross-river ventures there are in Bordeaux, how few left-bank proprietors have taken the plunge into St Emilion or Pomerol, or perhaps one of the more affordable right-bank backwaters. It is also surprising just how few of the right-bank greats have decided to try their hand on the left bank, perhaps in Moulis or the Médoc, where the combination of Merlot on clay or limestone dominates. This is especially so when we consider firstly how many fine but inadequately exploited terroirs there are in Bordeaux, in Castillon for example, and secondly just how many proprietors are keen to set up new ventures in distant lands such as Chile, Argentina or South Africa. This latter point seems true of a number of right-bank proprietors in particular, who it seems would rather spend their free time in Mendoza than the Médoc.

Without a doubt the model venture to be emulated in Bordeaux is that of Château Canon and Château Rauzan-Ségla, both owned by Chanel, and both lifted from the doldrums to enjoy considerable success under the direction of John Kolasa, until his retirement in 2015 at least. I suppose, although this is I guess understatement at its best, the combination of Château Lafite-Rothschild and Château L’Évangile might also be considered a success. Other cross-river ventures are successful on one side, but perhaps not so much the other. No one would deny that there is great quality coming out of Château Léoville-Las-Cases, but this isn’t matched by the wines from the corresponding Delon venture on the right bank. Château Nenin, perhaps hampered somewhat by its sandy soils on the edge of Catusseau, has never produced a wine even close to the quality of its left-bank cousin. 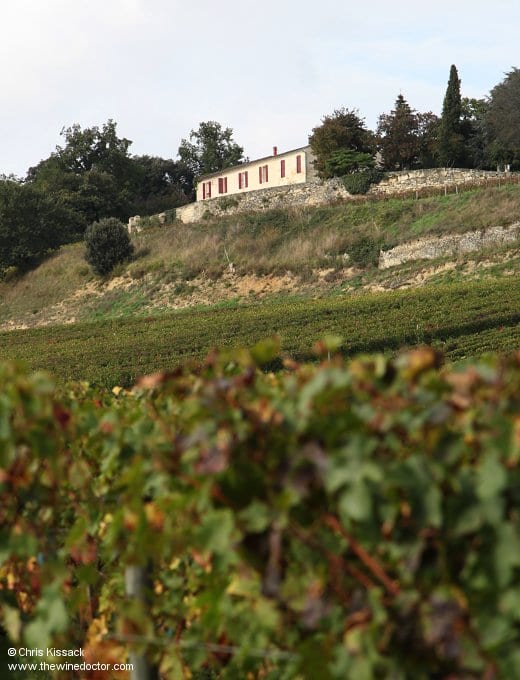 With this context it will be interesting to see how Jean-Philippe Delmas, best known as the winemaker at Château Haut-Brion and Château La Mission Haut-Brion, a responsibility he assumed after his father retired, does with Château Quintus. This estate, renamed after its purchase in June 2011 by Domaine Clarence Dillon, led by Prince Robert of Luxembourg, was previously known as Château Tertre-Daugay. It had a long and well-documented history, with at least three notable families involved, all tending their own section of the vineyard. It was only in recent years, however, under the direction of Comte Léo de Malet Roquefort, of Château La Gaffelière, with consultation from Stéphane Derenoncourt, that the domaine began to show what it was really capable of. Now, however, with new expertise coming in, and the financial muscle to invest, improve and select, not to mention the expansion of the vineyard that came in 2013 with the purchase of neighbouring Château L’Arrosée, I sense there is an even greater potential just about to be realised here at Château Quintus.

This profile looks at the domaine including its very complicated history. I explore this in detail, from the 18th century evolution of Château Tertre-Daugay through to the current proprietors. I also, as it seems appropriate, give an account of Château L’Arrosée, as well as looking at the vineyards and winemaking on Château Quintus today. First though, some history, starting with the very early origins of Château Tertre-Daugay.