The church has long been involved with viticulture, and indeed entire tracts of France’s vineyards probably owe their existence to religious orders who once tended their vines. The Cistercians, from Citeaux in Burgundy, were some of the most active in this regard. Perhaps their most famous vineyards were those of the Clos de Vougeot, the 12th-century château which stands at the heart of the vineyard. Nor was the Loire Valley untouched by their hands; the Roche-aux-Moines and surrounding vineyards were also first planted by Cistercians, who lived in the abbey today nestled at the foot of the Clos de la Coulée de Serrant.

At first glance it is tempting to suggest Bordeaux has no such history, but it would not be true. Although much of the Médoc was only planted during the 17th and 18th centuries, when France was already tumbling towards the Revolution, which would put an end to the church’s role as owner and guardian of the nation’s vineyards for good, many vineyards in Graves, and on the right bank, are much older. And some of these châteaux also owe their survival to religious orders, maybe not the Cistercians but there have been plenty of other congregations and brotherhoods willing to weight in with the secateurs across the centuries.

In Pessac-Léognan, Château La Mission Haut-Brion is a prime example of an estate that was, for many years, under the direction of the church. Even today, centuries after the monks were ousted during the Revolution, and the estate sold off as a bien national, the entire domaine still exudes religious history. Part of this is genuine, the property having passed into the hands of the Lazarites during the latter years of the 17th century, the monks having built a residence, winery and chapel during their tenure, and part of it is ‘reinforced’ by the actions of the Woltner family, proprietors during the early 20th century, who were responsible for sourcing many of the religious statues and other artefacts that today decorate the interior of the château, tasting rooms and gardens. Even the tasting room has a pious air to it, perhaps not surprising when we remember it is housed within what was once one of their chapels. 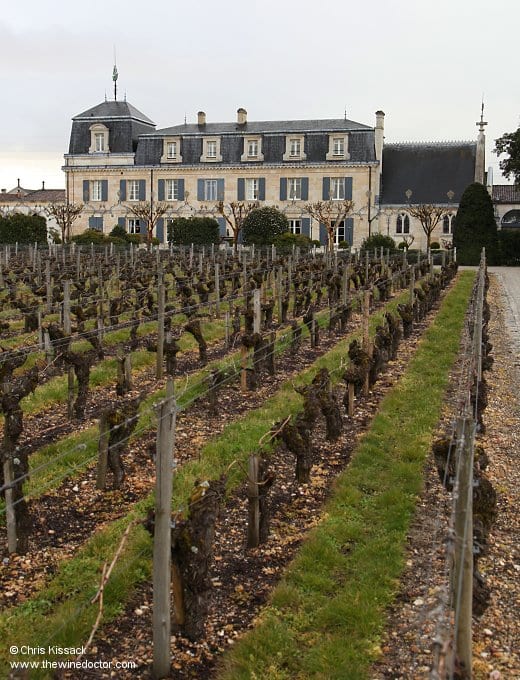 This is a domaine with a fabulously detailed history, stretching right back into the middle ages. And it is a domaine in well-qualified hands today, the Woltner heirs having eventually sold it to Joan Dillon, the Duchesse de Mouchy. Today her son Prince Robert of Luxembourg runs the show, having taken over from his mother Joan as Président Directeur Général in 2008. He runs the estate with the assistance of its manager Jean-Philippe Delmas, the son of Jean-Bernard Delmas. Under their direction, the wines made here are capable of challenging Château Haut-Brion for supremacy within the appellation. This is therefore a domaine all interested Bordeaux drinkers should be aware of, even if we cannot always afford the wines it produces.