Among the vineyards to the west of the town of St Emilion there stands a grand and ancient manor house, surrounded by low buildings. It lies very close to Château Franc Mayne, although at first glance you would not suspect this to be the case. The entrances to these two estates lie on very different roads, giving the illusion of some distance between them. But in fact each property stands at the end of a long drive, the two avenues almost converging, and in fact the two châteaux are as well acquainted with one another as two sardines in a can.

This imposing manor house, once referred to as Le Mayne, does not have the immediate air of a winery; its venerable Medieval demeanour and expansive walls perhaps more resemble a monastery or retreat, a little like Château Carbonnieux in Pessac-Léognan. To the best of my knowledge, however, this first impression is a false one. The manor house does indeed have ancient origins, but the many low buildings that surround it are not lodgings for Templar knights, or dormitories for Benedictine monks, but are in fact winery buildings, the cuverie and chai, which were erected as recently as the 18th century. Despite superficial appearances this is a modern Bordeaux wine estate, through and through. We know it today as Château Grand Mayne. 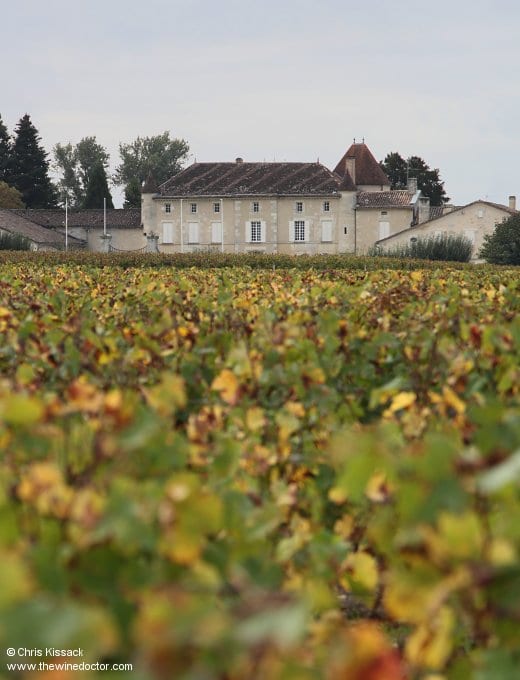 In this profile I explore the history of this estate, through to modern-day proprietors the Nony family. As always, though, I begin with what I know of its origins.