I am fortunate because, although I have now visited Bordeaux many times, I am not yet at that stage where I know every châteaux, every road and every vineyard. As there are many thousands of châteaux here I think I will never be at that stage, and happily so, because one of the joys of wine is making new discoveries. To encounter a back road I have never met before, and to find halfway along its length an unfamiliar château (or perhaps one where the wines are familiar, but the location of the vineyard that produced them is not), an ancient citadel surrounded by regiments of ancient vines, their black bodies silhouetted against the verdant green of spring, can sometimes be one of the most memorable moments of any trip.

The patchwork quilt of vineyards that makes up St Emilion is so broad that, in truth, I don’t always need to head down a back road in order to make such a discovery. Sometimes I just need to pay a little more attention when zipping along from one appointment to the next, to look up from the white lines of the road and to scan the landscape around me. So it was on a recent visit, when I was heading east out of St Emilion on the road that snakes along between the railway line and the edge of the limestone plateau, that I noticed an imposing and clearly ancient château set back from the roadside. It was entirely unfamiliar to me. How had I not noticed it before? I decided I would have to investigate, and it wasn’t long before I was knocking on the door, tasting the wine, and making one of the most memorable wine discoveries of the trip. I had just discovered Château Lassègue.

It seemed likely to me when I caught sight of Château Lassègue that it has ancient origins, and it seemed plausible that viticulture has been ongoing here for many, many centuries. Indeed, in my research I have managed to trace the story of this estate as far back as the mid-17th century. It begins with Jean de Belliquet and his wife Catherine Cassaigne, who had several children, including their eldest son Jean, named for his father, Françoise and Etienne, although there may have been more. The elder Jean was a man of some significance, a jurat, and in 1653 he was made mayor of Libourne. Indeed, writing in Essais historiques et notices sur la ville de Libourne et ses environs (3ème partie, A. Brossier, 1806), Jean-Baptiste-Alexandre Souffrain describes the bestowing of honours upon Jean de Belliquet and his sons (there was no mention of Françoise, although Jean and Etienne receive a nod) by the French king in August 1650. 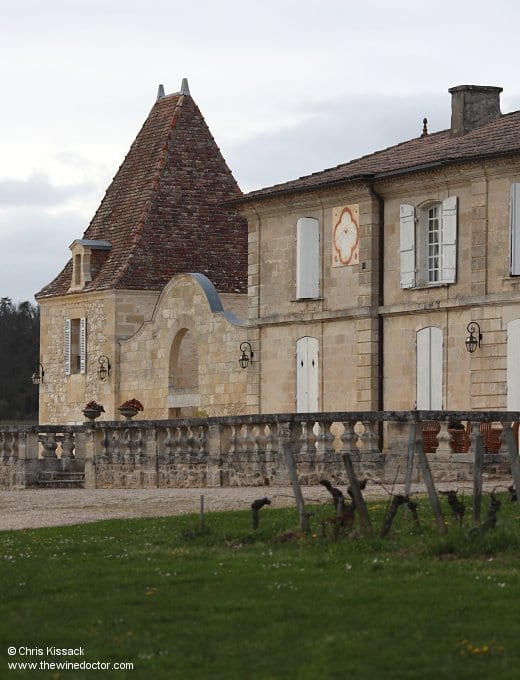 The king granted the Belliquet family the land known as La Sègue, the term sègue indicating the presence of woodland, and it is perhaps no surprise that the last remnants of these woods still stand here today, along the ridge line above the château, on the edge of the St Emilion plateau. The gift of land was in gratitude for services rendered, as Le Roi Soleil King Louis XIV and his mother, Anne of Austria, as well as Cardinal Mazarin (the successor to Cardinal Richelieu), had recently lodged with the family during a visit to the town, and had clearly been well looked after. It seems that it was by this route that the land where Château Lassègue stands today came into the hands of the Belliquet family.