There can be few drinkers of St Emilion who have not hankered after a glass or two of Château Cheval Blanc or Château Figeac in their time; these two châteaux, situated at the western end of the appellation on the Günzian graves de feu, epitomise the gravel-derived style of St Emilion, as opposed to the limestone-derived style for which we might go to Château Ausone or maybe Clos Fourtet.

Exploring the western parts of the St Emilion appellation around these more famous estates can pay dividends. Heading back across the appellation in an easterly direction the soil gradually turns from gravel to sand, and this is where we next find Château La Dominique, and after this Château Jean Faure, and then Château Ripeau. Next, before the Corbin sector and all its eponymous estates, comes Château Chauvin.

The origins of many of these neighbouring estates are, perhaps not unsurprisingly, intimately intertwined. The Chauvin family probably held some part of the Figeac estate at one point, and Château Chauvin began life in the hands of the Fourcaud-Laussac family, proprietors of Château Cheval Blanc in the latter years of the 19th century. In this profile I explore these ancient origins, as well as looking at the estate in more detail today.

The original Figeac estate was divided numerous times (the first major split being the cleaving off of what became Château Cheval Blanc, in 1832), and in doing so it was midwife to numerous estates in this western corner of the St Emilion appellation. The subsequent sale of other slices of the estate in 1838 saw one snapped up by a Monsieur Chauvin, his vineyard subsequently known as Château Figeac-Chauvin, so we know at this time there was a Chauvin buying vines in the region. A few years later this estate went by the name of Château Rebeyrolle, having been acquired by someone of that name, and ultimately it became the vineyard we know today as Château Grand Barrail Lamarzelle Figeac. 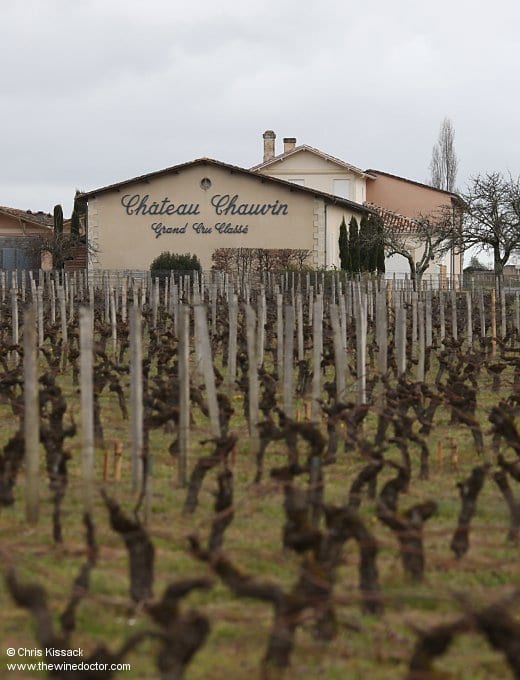 A decade or so later the old seigneurie of Corbin splintered in a similar fashion, giving rise to several estates. It has been written by several commentators on Bordeaux, including Bernard Ginestet in St Emilion (Jacques Legrand SA, 1988) that this break-up gave rise to the Chauvin estate, which was snapped up by the Fourcaud-Laussac family, proprietors of Château Cheval Blanc. I should point out, however, that there seems to be little hard evidence for their involvement, and I wonder if the first proprietor wasn’t somebody by the name of Chauvin, perhaps the same Monsieur Chauvin mentioned in the paragraph above? At the time of the division of the Corbin seigneurie around 1851, when the Chauvin estate was born, alongside Château Corbin-Michotte and Château Croque-Michotte, there was indeed a Monsieur Chauvin who owned land at Michotte.