With a common origin, many of these châteaux share much of their early history, which I present here. If this all seems too familiar, skip forward to the paragraphs concerning the Giraud family, on page two of this profile, where Château Corbin finally appears as a separate entity in individual hands.

The earliest records concerning the Corbin seigneurie date to the 13th century, when Arnaud de Corbin was seigneur in the 1270s. It was a very important seat in the region, and in the near proximity only the Figeac seigneurie was more significant. Its grandeur may well have been matched by the status of the seigneur; it is said by some to have subsequently come into the possession of Edward of Woodstock (1330 – 1376), the son of King Edward III of England (1312 – 1377) who was not uncommonly referred to as the Black Prince. Given that Edward III was the son of Isabella of France, and had more than one French king among the male members of his family, it is perhaps unsurprising that he and his son should see themselves as the rightful owners of various parts of the French kingdom. After all it was this conviction, and the consequent tensions between Edward III and Philip VI of France, that eventually boiled over into the Hundred Years’ War, beginning in 1337. 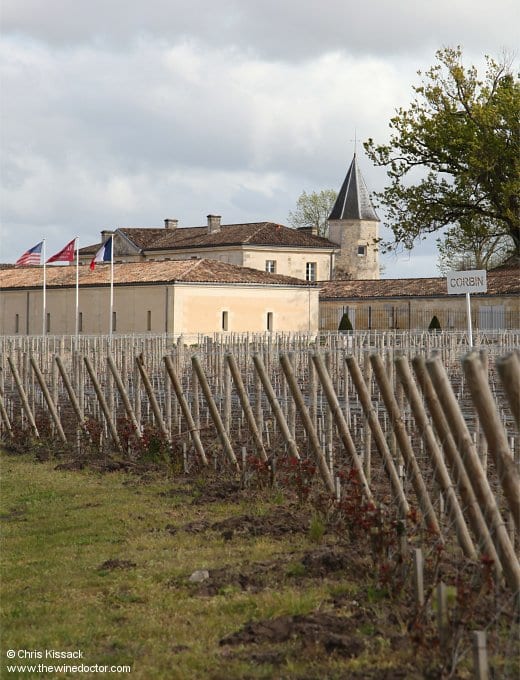 Sadly little is known of the property during the centuries that followed. It came into the possession of King Henry IV of England (1364 – 1413), who donated it to Walter Clyfford in 1400. It passed through the hands of Raymond Maillet, who held onto the estate through the end of the Hundred Years’ War. By the end of the 15th century his descendent Guillaume de Maillet was seigneur, and he passed both land and title to his son François de Maillet. This family maintained possession of some part of the seigneurie right through to the French Revolution, at which time Louis de Maillet was co-seigneur with Guillaume Ignace de Bouchereau de Saint-Georges, Président Trésorier de France for the Guyenne region. In a system established by Henry III of France (1551 – 1589) in 1577, each region of France had five trésoriers, their role being to collect taxes and thereby ensure the royal coffers were kept well topped up. In doing so, there was potential to establish considerable wealth for themselves. The Revolution saw the end of this system, not to mention the end of the old province of Guyenne itself.