The Ruisseau de Fongaband is hardly a raging torrent of foaming white water. This little stream arises just to the east of the town of St Emilion, running westwards, before it soon turns south and heads down towards the sandy plateau, and eventually it joins the Dordogne. I have to confess, so diminutive is its nature I have hopped and driven over it many times without even realising; it has all the grandeur of a drainage ditch.

Even so, this little ruisseau has played its part in the evolution of St Emilion as we know it, carving its way down the limestone scarp over many millennia. Before it turns south it has cut a little valley in the rock, running east-west. On the south side lies Château Pavie-Macquin, its vineyards curving round onto the Côte de Pavie to the south. On the north side, enjoying a wonderful south-facing aspect and some great views, are the vineyards of Château La Clotte, Château Le Prieuré and the subject of this profile, Château La Serre.

This well-positioned estate dates to at least the 17th century, at which time it belonged to Romain de Labayme (born c.1670). That the Labayme family should hold a seat in such a prominent position on the outskirts of the town was very appropriate; this family were committed politicos, and many of them were jurats in St Emilion. 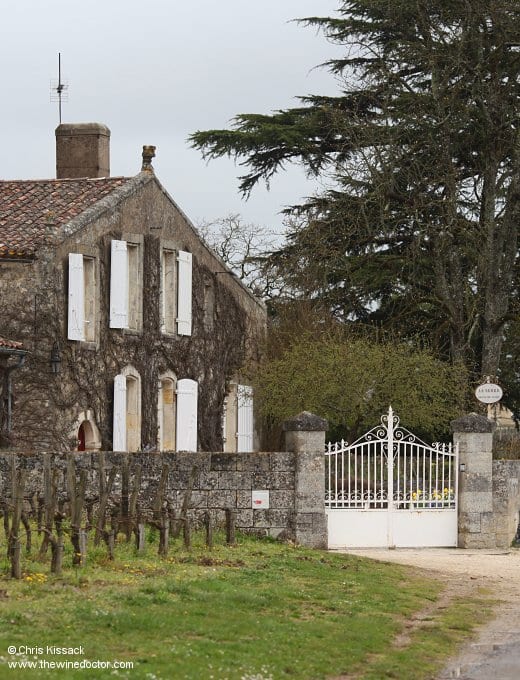 Romain married Madeleine de Sèze sometime around 1690, and they had at least four offspring, named Olive, Pierre, Jeanne and Paul. It seems accepted that Romain and Madeleine were responsible for the construction of the rather understated château (pictured above), more of a rural maison really, which still stands on the estate today. What became of the family and the estate thereafter, however, isn’t clear. It is only in the mid-19th century that we can pick up the threads of this tale once again.