Château Carbonnieux is a striking building; sitting at the heart of its vineyard and surrounded by trees both diminutive and manicured, and tall and ancient, it looks to me every inch the medieval monastery. It sits resolute and fortress-like, a huge square tower capped by a red-tiled roof marking each corner. It is not too difficult to imagine it inhabited by an ancient order of Benedictine monks, living their life of servitude, out tending the surrounding vines during daylight hours, returning to the sanctum of the monastery for prayers and a frugal meal as the sun sets in the west. Indeed, this tale is not entirely fanciful; although established by a presumably wealthy family, the modern-day château really owes its existence more to such monks than to anyone else. This profile of the estate explores its origins and subsequent history, as well as looking at modern-day proprietors the Perrin family, and the state of the vineyards and wines today.

Unlike the châteaux of the more northerly Médoc, which are built largely on lands drained by the Dutch engineers just a few centuries ago, those in Graves have a much lengthier history. Château Carbonnieux dates back to the 13th century. Its name seems to reflect its originators, the Carbonnius family, who are credited with clearing the land here. Nevertheless, like many such ancient establishments, its early guardians were ecclesiastical; deeds held at the Abbaye de Sainte-Croix de Bordeaux indicate the property changed hands in 1292, and the Benedictine monks held tenure here for many years thereafter. Incredibly, even at this early stage, there were vines at Carbonnieux, although it seems that during the centuries that followed the practice of viticulture fell by the wayside here, and vines disappeared from the estate again. 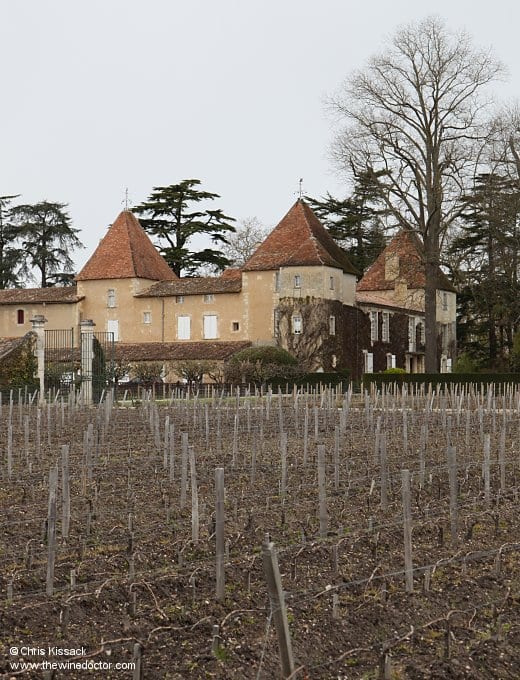 Looking at the château at Carbonnieux today it is clearly of ancient origin, and indeed its construction began somewhere around 1380. Nevertheless, the monks did not hold on to the estate for all eternity, From these monastic hands the property passed into the ownership of the Bordeaux Hospices in 1424, before it came into the ownership of a local apothecary named Jean Dupuyau after the end of the Hundred Years’ War. It remained with him until his death, after which it was sold by his widow, in 1519, to Jean de Ferron, a wealthy bourgeoisie who came from a family of merchants originally from the parish of Saint-Michel in Bordeaux. The Ferron family, who went on to become powerful parliamentarians in Guyenne, maintained their ownership of Carbonnieux for two centuries; their tenure came to a gloomy end, however, when the last member of the family to hold the seat, Charles de Ferron, was forced to sell the property to pay off his debts. The château, by now in a rather sorry state, was acquired once again by the same Benedictine order from Sainte-Croix in 1741, the amount changing hands being 120 000 livres. The monks enlarged the estate, planting and replanting vines, this time securing the estate’s role as a vineyard which has persisted through to modern day.