Having looked at the vineyards of Graves, including the history behind this region, it is time now to home in on the enclave of Pessac-Léognan, and to look in more detail at this, one of Bordeaux’s most famous appellations.

These gravelly vineyards, located so close to Bordeaux, were some of the very first to be planted in the region. In some cases the vines were planted by ecclesiastical institutions, such as at Château Carbonnieux; although this estate takes its name from early proprietors, the Carbonnius family, the estate was for many years in the hands of Benedictine monks, who seemed to have acquired it in 1292. Even the briefest examination of the château reveals it to be ancient, its construction dating back to 1380, and even at this early point in the estate’s history there were vines planted here.

Other properties found their way into the hands of such institutions, perhaps as donations made to the church, as was the case with Château Les Carmes Haut-Brion, a portion of the Haut-Brion estate donated to a Carmelite order by Jean de Pontac in the 16th century. Château La Mission Haut-Brion (pictured below) has a similar story, having been bequeathed to the Vincentians, a religious order, by proprietor Olive de Lestonnac in the 17th century. If here was not already viticulture on the estate at this time then there soon was, the vines planted under the direction of the order’s head, one Father Simon. 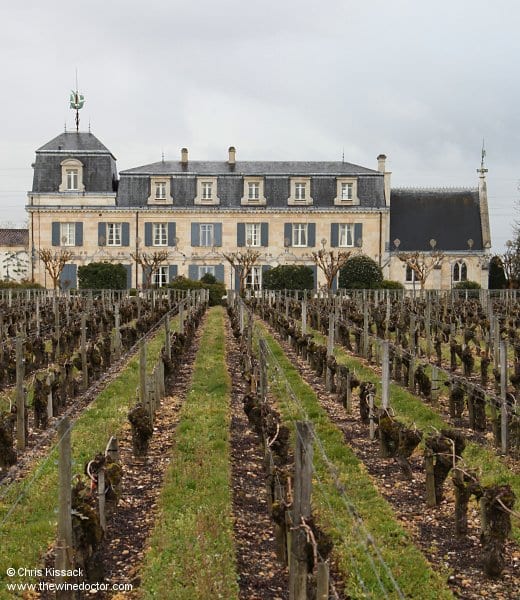 Although this all seems like ancient history, even at this time the wines that today constitute the Pessac-Léognan appellation were in production, and being marketed overseas. They were probably very different to the wines we have coming from the region today, although it seems they were no less appreciated. The earliest mention of a named château can be attributed to Samuel Pepys, who wrote in his diary on April 10th, 1663, of his encounter with “a sort of French wine, called Ho Bryan, that hath a good and most particular taste that I never met with“. Like many of us in the centuries that followed, Pepys had discovered, and was clearly enamoured with, the wine of Château Haut-Brion. It is perhaps not that surprising that he encountered the wine; although the note above was made after dinner at the Royal Oak Tavern, Haut-Brion’s proprietors had secured London as a market by establishing their own inn in the town, known as the Enseigne de Pontac or The Pontack’s Head. This was the beginning of the modern-day Pessac-Léognan, and indeed modern-day Bordeaux.