The town of St Emilion has a strong ecclesiastical heritage, and this comes through in the stories of many of the appellation’s modern-day domaines and their wines. This is particularly true of several domaines just to the west of the town, clustered around the church of St Martin-de-Mazerat, including Château Canon and Château Angélus. In the shadow of this church, and indeed of nearby Château Canon, is another such estate, named Clos Saint Martin. This is a tiny vineyard which, with barely more than a hectare of vines, stakes a valid claim as the smallest cru classé property in all Bordeaux. As it is believed to have once been the source of the communion wine for the church which towers above it, there is no denying that it fits the ecclesiastical bill.

It seems likely that vines have been growing in the Clos Saint Martin for centuries, although perhaps unsurprisingly incontrovertible evidence as to who planted the vines is rather slim on the ground. In view of the apparent relevance to the Église St Martin-de-Mazerat, however, it seems reasonable to assume that the first vines were planted and tended by religious ascetics. And this probably remained the situation for hundreds of years, perhaps even until the Revolution that swept across France at the end of the 18th century. 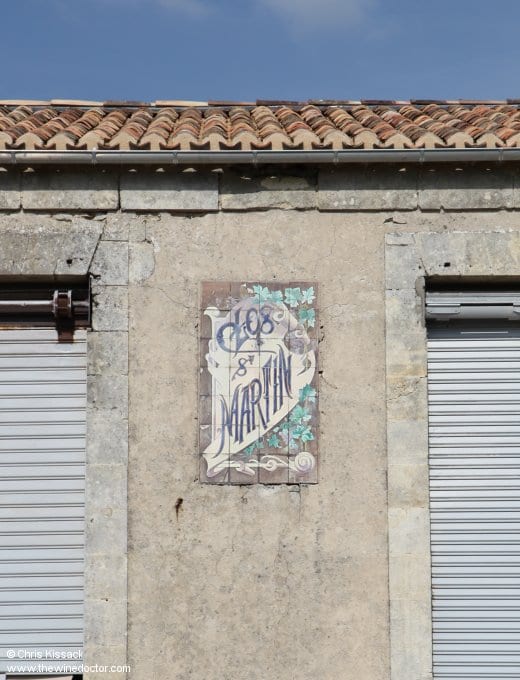 The first evidence which indicates Clos Saint Martin was in private ownership, tended for commercial reasons, came when part of the vineyard was sold, in 1857, under the name Château Canon St Emilion. It appeared in several early editions of Cocks et Féret, those dating from 1874 onwards. Here the little domaine was listed as Enclos St Martin, under the direct of a Monsieur Dussaut, with a production of 6 tonneaux per annum. This gentleman remained at the helm during the 1880s, but the domaine then disappeared from view during the last decade of the century, and it is impossible to perceive anything about it during this time.