As with so many estates dotted around St Emilion, Château Bellevue has a long and detailed history which stretches back many centuries, flirting not only with the Middle Ages, but also with Gallo-Roman times. It is perhaps not surprising; the town of St Emilion has strong Roman origins, and Château Bellevue lies barely a stone’s throw away, just a few hundred metres to the west.

Indeed, there is perhaps some evidence that the Gallo-Roman inhabitants of this particular corner of Bordeaux were tending the vine here, many centuries before many more famous vineyards were first planted. In the vineyards of Château Bellevue there still exist sections of the vineyard where elongated trenches have been cut in the limestone bedrock. The Gallo-Roman viticulteurs would plant fruit trees in these trenches, followed by vines which were then trained up the trunk of the young sapling. The trenches at Château Bellevue are particularly fine examples, although others can also be seen dotted around the limestone plateau behind Château Ausone, and also in the vineyards of Château Cadet-Piola. 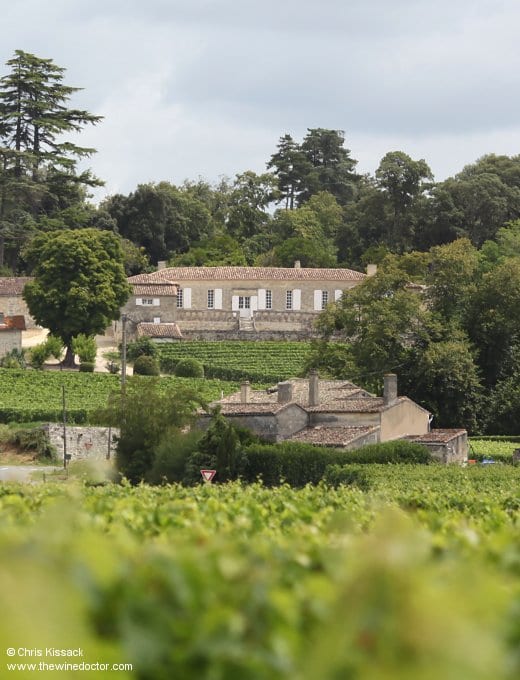 Unfortunately for Gallo-Roman enthusiasts, such trenches do not necessarily date to the time of the Roman Empire. This very traditional way of working was so engrained in the local mindset that it persisted long after the fall of Rome, into the Medieval period. Even so, even if these tranches are not truly Roman, this is still evidence that there was probably a vineyard established here many hundreds of years ago. This is certainly still one of the oldest vineyards in St Emilion. And for much of this time the estate was in the hands of the Lacaze family, their story beginning as early as the 17th century.