The exact origins of Château Côte de Baleau seem up for debate. According to the modern-day proprietor the estate was created as long ago as 1643, although the evidence for this seems rather sparse. In truth, the first independent reference to the existence of the vineyard comes rather later, when it was mentioned by Lecoutre de Beauvais, a local négociant who also published Le Producteur Bordelais. He referenced the estate, at the time in the hands of Pierre-James Coste-Costy (born 1813), a sous-lieutenant in the 6th cavalry regiment, and who was subsequently made an Officier in the Legion d’Honneur in 1885. A descendent of the locally renowned Coste family, he included among his forebears mayors and notable lawyers.

From Pierre-James the property came to James Coste-Costy, sometime before 1867, at which time the estate, known at the time as Balleau, was awarded a gold medal at the Exposition Universelle in Paris. He presumably remained in charge for some time, until at least 1883, when Cocks et Féret describe a property turning out 20 tonneaux of red wine per annum. During the next few years James died, and thus by 1886 his widow was running the estate. From her, responsibility for the property was handed over to Adeline Coste-Costy, presumably the daughter or perhaps the sister of Pierre-James. She married James Malen, and the couple ran the property alongside another Coste-Costy vineyard at Les Grandes Murailles, the forerunner of the modern-day Château les Grandes Murailles.

James and Adeline had two sons, Edmond and another James, and from 1904 these two siblings began to take on some responsibilities for the running of the family’s two domaines. Sometime between 1908 and 1922, however, James Malen departed, leaving Edmond Malen the sole proprietor of both estates. He also acquired the nearby Clos Saint Martin, so Edmond ended up with a portfolio of three St Emilion domaines. 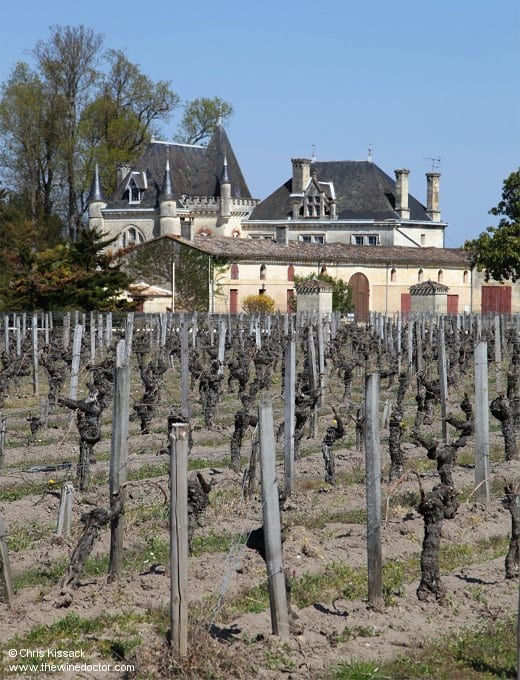 By 1942 the estate was under the direction of one Madame Malen, Edmond’s wife, after which it subsequently came into the hands of Max Joseph Reiffers (born 1905). He had married into the Malen family, presumably taking the hand of one of Edmond’s daughters or perhaps a granddaughter. Under his direction the estate was ranked in the 1955 St Emilion classification as grand cru classé, under the name Château Baleau, but it was a short-lived success. In a subsequent reworking of the system in 1969 the property, from this time onwards known as Château Côte de Baleau, was demoted. The estate did not bother the grand cru classé rankings again in 1986 and 1996, not to mention the annulled reclassification in 2006, and it was only in the 2012 reclassification that the estate was promoted to grand cru classé once more.