If you want history in your wine, and you are wedded to Bordeaux, then St Emilion is the place to go. As most wine drinkers probably already know, the vine was cultivated here during Roman times, and for once this is more than mere myth. There is tangible evidence of Gallo-Roman habitation in the region, the best example of which is surely the tesserae mosaic discovered in the grounds of Château La Gaffelière during the 1960s. The Roman poet Ausonius is said to have resided here, or somewhere near here (some have alleged the mosaic was from his villa), although I am not sure this isn’t more legend than history. And the origins of the town of St Emilion itself can be traced back to the hermit Emilion (or Emilian, or Aemilio, depending on which book you read), sometime in the 8th century. So yes, there is history aplenty here.

This history often applies only to ‘big name’ St Emilion though, those vineyards dotted around the limestone plateau where we find Château Canon, Château Beauséjour and the likes, or the surrounding slopes especially westwards out to Clos des Jacobins and Château Franc Mayne, or over on the appellation’s gravel where Château Figeac and Château Cheval Blanc, all historic châteaux, are to be found. Dotted across the sandy interim, however, sandwiched between the town and the boundary with Pomerol, or between the plateau and the Dordogne, there are any number of châteaux with less certain histories, some of which seem to spring suddenly into existence, perhaps with the arrival of a new proprietor. One perfect example of this phenomenon is Château Rol Valentin. 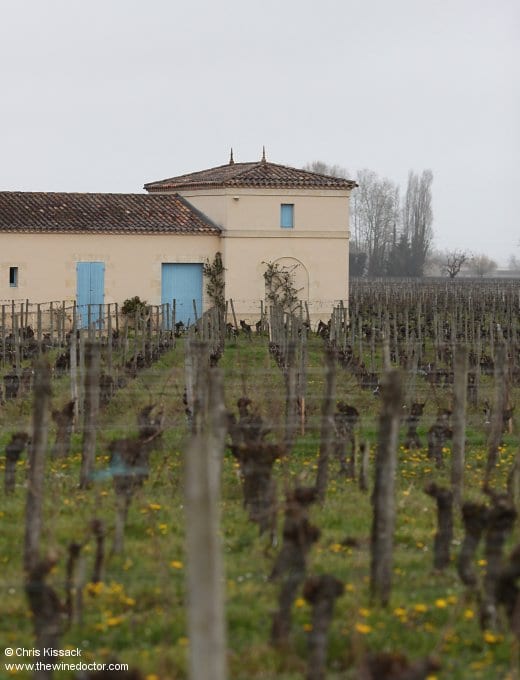 The story of Château Rol Valentin really begins in 1994, with Eric Prissette. A professional footballer, Eric started out with Lille OSC in 1983, and he remained with this team for seven seasons, before moving to Le Havre AC in 1990 and then Châteauroux in 1991. He lasted just two years here, before retiring at the end of the 1992-1993 season. Looking around for something new to fill the void, Eric settled on wine. In 1994 he invested in a small property just off the road running northwest out of St Emilion. What Eric acquired was a small house built in the Girondine style, which is generally rectangular, made of dressed stone, usually at least two floors, with a tiled roof. Think Château Margaux, but on a much smaller scale, with fewer floors and far fewer pillars. Alright, in truth, no pillars at all.