The plateau to the east of St Emilion, around Sarpe, has been cultivated for centuries. Trenches cut into the limestone rock here suggest a truly ancient heritage, this being a Gallo-Roman technique. We must be cautious though, as although the connection is often made, vignerons were in truth still imitating this method many hundreds of years later, throughout the Medieval period. Whatever the age of the trenches, it is still likely that vignerons, be they peasant farmers, monks or both, have been tending vines here for a very long time. In view of the proximity of the estate to the town, and the manner in which viticulture has spread over this landscape, we should perhaps not be surprised.

As with a number of other estates in this corner of the appellation though, there are no records that provide us with exact detail regarding these first vignerons and their vines. It is only in the second half of the 19th century that the vineyards which predated the development of this château are first described.

The earliest references which relate to the modern-day Château Clos de Sarpe come from the 1868 Cocks et Féret, which tells us there were at least four distinct vineyards on the Sarpe plateau at this time. The two most prestigious were ranked as premiers crus; one belong to a Monsieur Ducarpe, who was producing 8 to 12 tonneaux per annum, while the other was a possession of the Comte de Carles, with a production of 10 to 15 tonneaux per annum. There were two other vignerons working the land at this time, their lesser holdings classified as deuxièmes crus. They were named Olivet, with a holding presumably of a decent size, as he was turning out betwen 10 and 12 tonneaux per annum, and Laporte, who was turning out 6 to 8 tonneaux per annum. 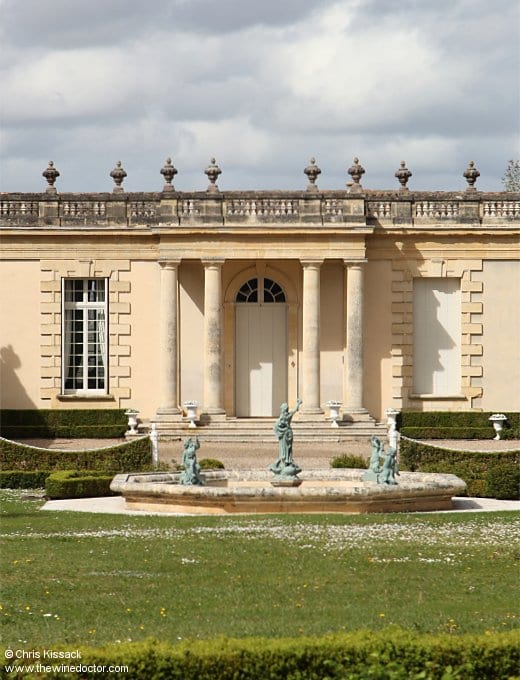 This situation persisted until the close of the century was near, the only development of note being the passing of the lead estate from A. Ducarpe to H. Ducarpe, presumably the next generation of this family, sometime before 1883. The Comte de Carles, and the two other vignerons for that matter, all maintained a hold on their respective properties, although the names of the grander estates were embellished somewhat. The Comte’s vineyard was rechristened Sarpe-Pellatan, while the vineyard in the hands of the Ducarpe family was renamed Clos de Sarpe.