In a region often regarded as staid and traditional, its most famous classification having been drawn up as long ago as 1855 and never since changed (well, almost never), it is enlightening to consider St Emilion where the classification is, by comparison, in a state of flux. Inaugurated in 1955, and reviewed regularly (notwithstanding legal challenges and complaints), the 2012 revision of the St Emilion classification illustrated the dynamism within the appellation. The promotions were many and in some cases remarkable.

For many the focus of attention was the promotion of Château Angélus and Château Pavie to the very top tier of the classification, alongside Château Ausone and Château Cheval Blanc. The arrival of Château Valandraud and La Mondotte high up the classification, despite having never previously been ranked, was another major talking point. These were not the only success stories though, as there were numerous other châteaux climbing the ladder, hard-won promotions which in many cases, perhaps in all, reflected decades of hard work.

Most of these were first-time promotions to the classification. In fact of all the châteaux that were elevated in rank, only four were promotions from within the appellation (the aforementioned Château Angélus and Château Pavie, along with Château Larcis-Ducasse and Château Canon-la-Gaffelière). By contrast, there were sixteen new arrivals, châteaux lifted to the rank of grand cru classé or higher for the first time. One of these was Château La Fleur Morange, a remarkable rags-to-riches story of an estate which, just thirteen years before this classification had been signed off, did not even exist. 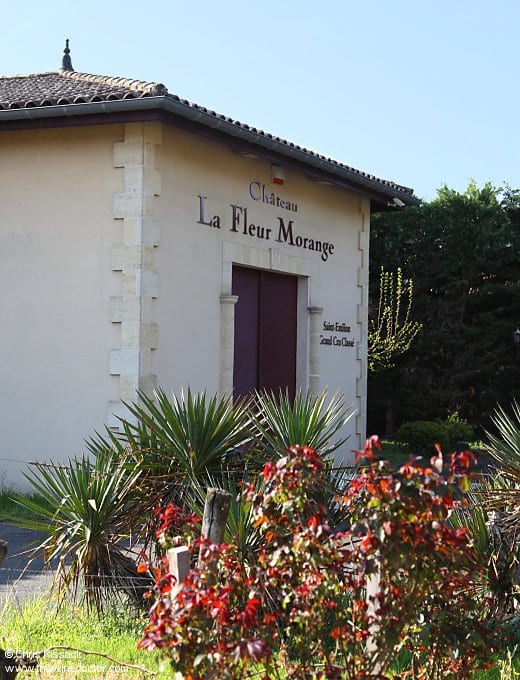 Château La Fleur Morange was established in 1999 by Véronique and Jean-François Julien; he was a carpenter and furniture restorer based in the region, the aforementioned Château Canon-la-Gaffelière providing him with much of his work (presumably Count Stephan von Neipperg had a lot of old tables and chairs in need of repair). She was from a viticultural family, albeit not one of any reputation; for many years they had been content to sell their grapes to the local co-operative.