The slopes of limestone and clay that run down from the St Emilion plateau to the sandy plain beneath are ideal for viticulture. The soils are cool and beneficial for the vine, the slope ensures the drainage is good, and it also gives the vines a wonderful exposure to the life-giving rays from above. The valley that runs from the plain up to the town bisects these slopes, and on the section to the east there are numerous well-known names, starting with Château Pavie, then Château Larcis Ducasse, Château Bellefont-Belcier and more; if you continue on far enough, you eventually come to Château Tertre Roteboeuf.

Curiously, however, on the slopes to the west, although there are several noteworthy properties here they seem, for a long time now, to have maintained a much lower profile. This is despite the fact that the terroir is superficially the same, and locally the vineyards are much coveted. Speak to any viticulteur or oenologue working in St Emilion and they will tell you of the high quality of these soils and slopes. Nevertheless, I sense that there has long been untapped potential here. At the extreme western end of the slope, Château Tertre-Daugay and Château L’Arrosée had their fans, but they never established a reputation mirroring their peers on the eastern slopes. Today, united as one under the name Château Quintus, and managed by the team from Château Haut-Brion, I expect this will change. Right next-door is Château Fonplégade, another estate undergoing a revitalisation. The turning point here was its acquisition, in 2004, by Stephan and Denise Adams. 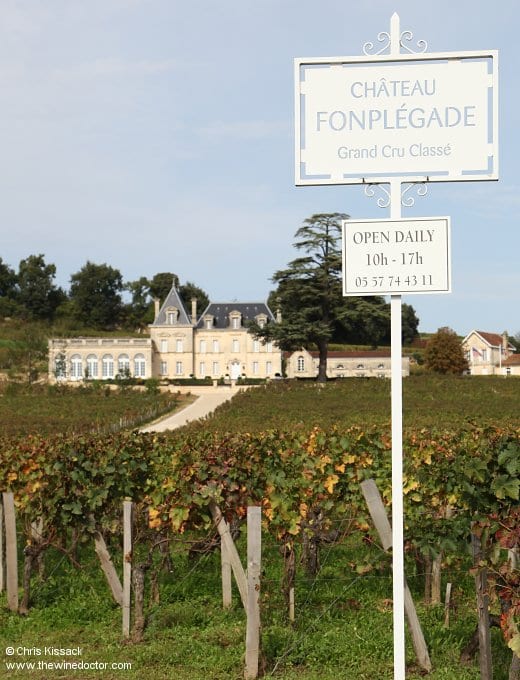 Although there have been many significant changes here in recent years, the history of Château Fonplégade of course stretches back much further than 2004. In this profile I explore the origins of the vineyards, and look at some of its most notable proprietors in detail, before coming to the work undertaken under the direction of Stephen and Denise Adams.