Writing in Saint Emilion: son histoire et ses monuments (Imprimerie Royale, 1841), the French historian Joseph Guadet contended that the name Ville Maurine (and presumably Ville Morine, as that is how it is written in many texts) is evidence for this being the location of a military camp occupied by Saracen invaders (Moors, hence Morine). As far as I am aware there is no tangible evidence that this is the true origin of the name, and I suspect it will always remain a conjecture.

What we do know for sure is that, so close to the town, there is a very long history of viticulture here at Château Villemaurine. Even as long ago as the early 17th century the land here was planted with vines, and it was in the ownership of one Antoine Limouzin. Very little is known of his tenure though, and another hundred or more years pass before we have more detailed knowledge of the proprietor.

During the latter years of the 18th century Château Villemaurine belonged to Jean Combret de Faurie (died 1804), a military officer who was also the proprietor of Château Soutard, not to mention those more diminutive estates which were carved from its extensive vineyard, namely Château Faurie de Souchard and Château Petit Faurie de Soutard. Jean had a successful career; as well as tending to the needs of his vines he was also a jurat, an office he assumed in 1779. He married Marguerite Berthomieu, a union which unfortunately produced no children, and thus when he died he had no heir. At this point the estate was passed to his nephew, Jacques Combret-Milon. 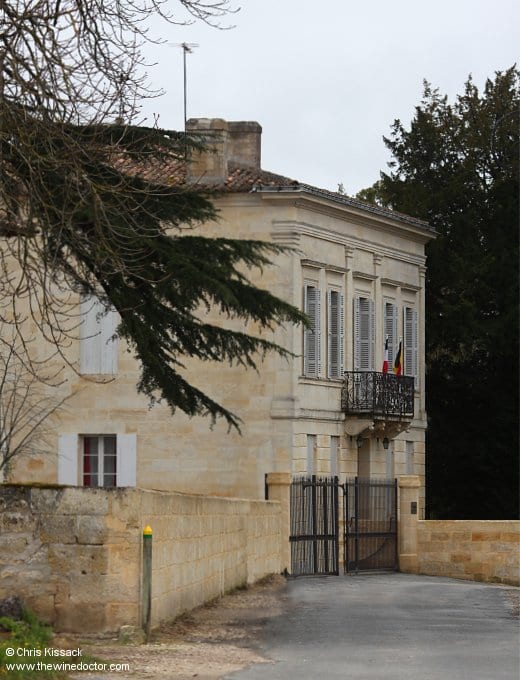 The land at the top of St Emilion, where today we find Château Villemaurine and Château Trottevieille, subsequently came into the possession of Jean Laveau (1766 – 1836), a very significant landowner whose portfolio also included the vineyards of modern-day Château Grand Mayne. He acquired the Villemaurine vines in 1811, along with numerous other of Combret-Milon’s vineyards. Upon Laveau’s death in 1836 the vineyards of this extensive estate were divided between a number of different beneficiaries, and Château Villemaurine was subsequently either broken up and sold piecemeal, or (and this is rather more likely) the vineyards were rented out on a fermage agreement, leading to the arrival of not one but a small group of tenant-proprietors.