The domaine with its suffix was born in the 19th century when the original Château Beauséjour was divided between a brother and sister. The brother’s half was the origin of what we know today as Château Beau-Séjour Bécot, while the sister’s half retained the original name of Château Beauséjour. It has been to avoid confusion between the two halves of the estate (which was surely a problem early on, before the Bécot family arrived, when both châteaux were known simply as Beauséjour) and of course with all the other châteaux of the same name, that the héritiers suffix entered common usage.

This profile explores the history and modern story of Château Beauséjour, and because of the shared origins it has much in common, to begin with at least, with my profile of Château Beau-Séjour Bécot, so if you have read that profile in the last five minutes the next few paragraphs are going to feel very familiar. I begin first with the origins of the estate, which lie with a religious order tending vines in the shadow of the Église St Martin on the edge of St Emilion.

The estate we know today as Château Beauséjour was once part of the much grander (and larger) Beauséjour estate, long since divided, which had a history that spanned many centuries. Its origins lay in the Middle Ages, when the land was in the ownership of the monks of St Martin, monks who also tended the vines in what would one day be the vineyard of Château Canon, the two domaines neighbouring one another, right next to the church of St Martin de Mazerat. During the 17th century, however, the ascetics relinquished control of their vineyards, and one particular lieu-dit named Peycoucou, a name rather romantically thought to be derived from the singing of the cuckoos (coucou) on the hill (puy), was acquired by the aristocratic Gères family. It is therefore with the Gères family that the story of Château Beauséjour really begins. 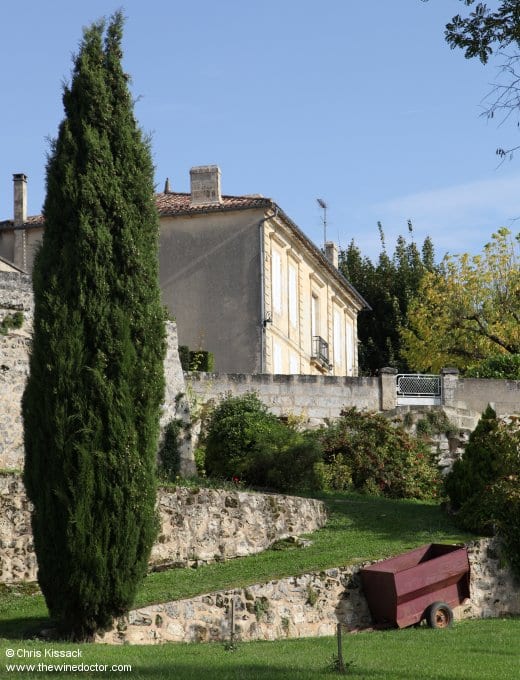 The Gères family have an enviable history; I have documented the ancestry of many noble families in my Bordeaux and Loire profiles, but I recall none that can directly trace their bloodline back as far as the 11th century. The line began, as far as records tell us at least, with Jean de Gère (1021 – 1100), seigneur of Saint-Gemme, who was an impressive 79 years old at the time of his death. It was Arnaud Guillaume de Gère (born 1397) who settled in Camarsac, and his son Bertrand married Catherine de Canteloup, dame of Camarsac, in 1450. Thus the family held the seigneurie of Camarsac, in the Entre-Deux-Mers, for many years afterwards. With the arrival of subsequent generations other seigneuries, including Sayes, Tauzia, Maurion and Maubousquet came into the fold.