The history of Bordeaux is littered with tales of once glittering châteaux that fell into decline or disrepair, and ultimately fell from view altogether. Sometimes the vineyards simply contracted beyond the point of no return, in many cases nudged along by phylloxera, oidium and other vine diseases, as well as the economic and political malaise that swept across Europe in the early years of the 20th century. Sometimes the great frost of 1956 is relevant to such tales, on occasion sounding the death knell for a vineyard. Many of those vines literally frozen were replanted almost immediately, but some vineyards laid fallow for a very long time, in some cases never seeing vines again.

One estate that seemed to struggle to recover from this sequence of insults was Château Magdelaine. Not every estate in St Emilion was struck buy the frost, in fact many escaped its effects completely, but this was not one of the lucky ones. It necessitated a programme of replanting that was still ongoing as the end of the 20th century loomed, but despite this investment and the obvious drive of the proprietors the wines never seemed to recapture the glory days of the 19th century. The wine had its fans, of course, but it had more than a handful of critics as well. 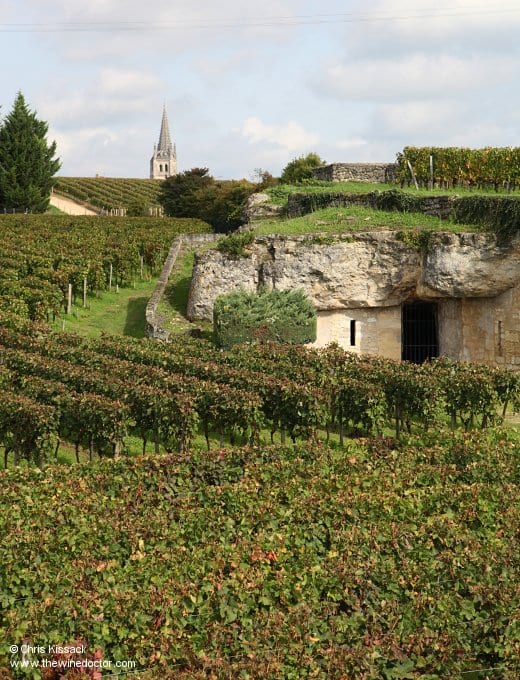 Ultimately, the estate’s death warrant was signed. It did not fade away and disappear though. With such a prestigious position on the bare limestone soils of St Emilion, a stone’s throw from Château Ausone, this would be almost unthinkable. Instead its fate was more akin to that of Château La Tour Haut-Brion, which was famously (and much to the dismay of its fans) absorbed into the vineyard of Château La Mission Haut-Brion in 2006. A few years later Château Magdelaine was swallowed up by its neighbour, Château Belair. The final vintage was 2011.