The story of Château Grand Barrail Lamarzelle Figeac begins with the Figeac seigneurie, which probably has its origins in the Gallo-Roman era. Having acknowledged that, there seems little point in recounting the early history of Château Figeac here, it being more than adequately detailed in my profile of that estate. So here we begin in the middle of the 19th century, at a time when several slices were carved from the already ancient Figeac vineyard, a process which gave rise to a number of new estates some of which still exist today. The most significant slice, measured out in 1838, was of course the origin of Château Cheval Blanc, but there several were others, including one sold to a Monsieur Chauvin (who also crops up in my Château Chauvin profile).

The first edition of Cocks et Féret, published in 1850, described four proprietors working the land at Figeac, including the aforementioned Chauvin, who was turning out 35 tonneaux per annum. Subsequently named Figeac-Chauvin, this vineyard was then acquired in 1872 by Marie-Berthe Rebeyrolle (born 1842). After a further 2.5-hectare sliver of the Figeac vineyard in the lieu-dit of Lamarzelle was added to it in 1873 it was, in 1874, renamed Château Rebeyrolle. It is this property, with 14 hectares of land of which 10 hectares were planted to vines, which would become the Château Grand Barrail Lamarzelle Figeac we know today.

The estate remained in the hands of Marie-Berthe Rebeyrolle although it was subsequently renamed Château Figeac-Lamarzelle. In 1896 it was sold to one Mademoiselle Godeau, and through her it seems to have then come into the hands of René Casimir Octave Bouchart (1850 – 1924). A brewer from St-Amand-les-Eaux in northern France, close to the border with Belgium, it seems Bouchart was drawn to Bordeaux not just by the region’s wine; he and Godeau, it is said, were lovers as well as business partners. Together they ran the vineyard, while René’s wife stayed at home. 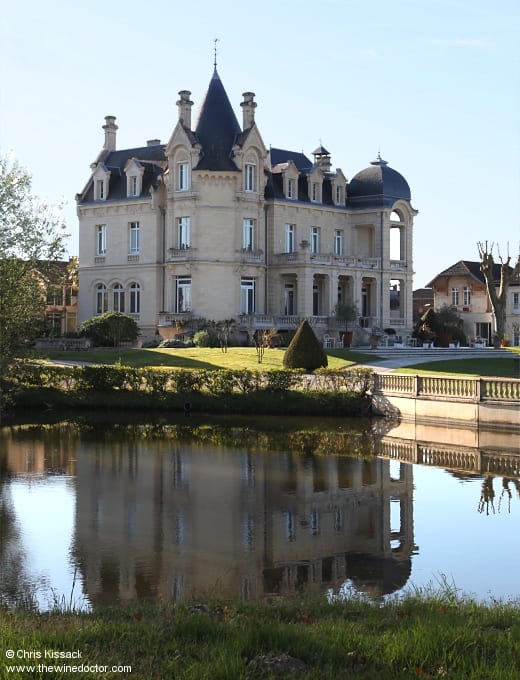 As well as this newly acquired estate René also owned the neighbouring vineyard of Château Lamarzelle Grand Barrail. In 1903 he amalgamated the two properties, and in 1906 he added to it the vines of nearby Clos Lamarzelle, having acquired it from one Monsieur Bertrand-Pouey. Clearly in a strong financial position, he ordered a pre-existing building dating to the 18th century be dismantled, and in its stead he built the most dramatic limestone château in a 17th-century style. This château still stands today, towering above the vines, and it now serves as a luxury hotel, catering to wealthy visitors to the region eager to check out the vineyards and wines of St Emilion.