Looking back to Bordeaux 2000, many years on, it is not hard to understand the appetite for a great vintage. The 1990s had been a difficult decade for the region, despite one or two obvious successes. For sure, there were some lovely wines from the left bank communes in 1996 (still going strong in my opinion – perhaps the best wines of the decade), as well as the right bank appellations and Pessac-Léognan in 1998. Some other vintages have also been worth following, as good wines can also be found in 1995, for example. But 1991 and 1992 were wet washouts, 1993 was close behind, and although I have enjoyed some wines from 1994 I have yet to find any I would regard as ‘great’. As for 1997, this was a very weak vintage, which produced many lean, early maturing and frankly over-priced wines. And 1999 was not exactly a thriller, either. 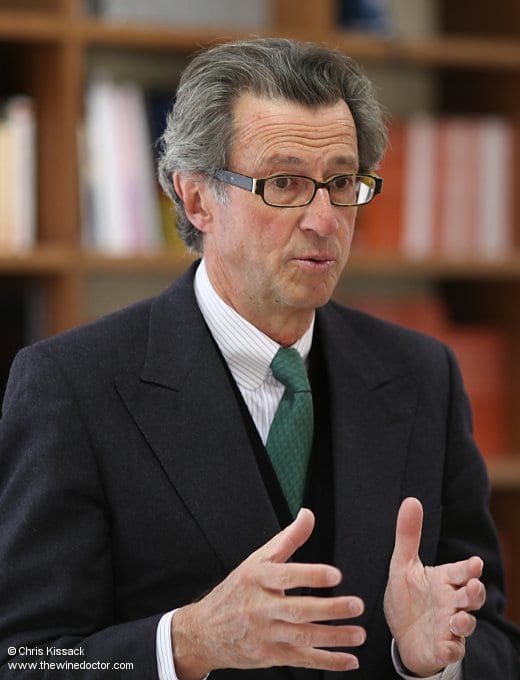 Then came 2000, a vintage which seemed to dash all hopes at first, but which ultimately delivered the goods. No wonder the Bordelais began to rave about it, one memorable piece of sales talk coming from Christian Moueix (pictured above), of Petrus, Château Trotanoy and a handful of other leading Pomerol estates, who said “I am certain that this year’s will be the vintage of the decade, if not the century“, a quote which seems to typify much of the hyperbole that surrounds Bordeaux in modern times. I suspect the vintage would have been heavily hyped no matter what the quality of the wines; remember, this was only three years after the price gouging of 1997. A wine region that can talk up a vintage like that is set to spontaneously combust with enthusiasm when one as good as 2000 comes along.