The Bordelais didn’t know it at the time, but 1988 was the first of three very successful vintages for the region. It followed the troubled 1987 vintage, in which some ‘charming’ wines were produced, although many lacked depth and character, the vintage having been marred by rain at harvest time. As with all Bordeaux vintages, quality varied from commune to commune in 1988, with the greatest success enjoyed by the sweet wine appellations of Sauternes and Barsac. There were, however, also a number of very good reds from further north and from the right bank. Overall, however, the vintage has come to be regarded by most as slightly inferior to the two excellent vintages that followed.

The October rains in 1987 that shaped that vintage continued in a sporadic fashion for many months, with figures showing above-average rainfall right through to June 1988. There was a need to get out into the vineyard and spray, to protect the vines from rot and mildew, very early on in this vintage. The flowering was later than usual and rather uneven, increasing the risk of uneven ripeness in the fruit come harvest time. It was not a prodigious beginning to the vintage. 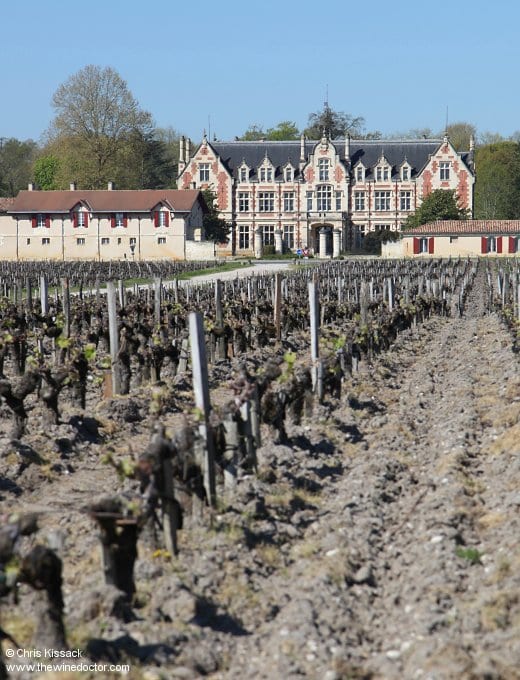 It was the summer months, from June onwards, that began to raise the hopes for a good vintage. In contrast to the preceding months, July, August and September were drier then usual, although not particularly warm. It was not until October that the temperatures finally took off, a true Indian summer, encouraging the ripening of the fruit. As a result the best fruit was ripe with thick skin, thus giving the best wines plenty of colour and tannin. But it was not all straightforward; the effect of the uneven flowering was as expected, and there was significant variation between varieties, between vineyards, even between vines and bunches, of the maturity of the fruit. It was this feature of the harvest that was probably most responsible for the irregular quality reported by some critics.