The world was a different place back when all the Bordeaux-chat concerned the 2002 vintage. Some nations were adjusting to a new era of terrorism, and as if that wasn’t enough to be getting on with then there was always severe acute respiratory syndrome – perhaps better remembered as SARS – to worry about as well. These might seem unusual events to reference in a Bordeaux vintage review, but the truth is anything that impacts on consumer confidence – be it terrorism, pandemic viral illnesses or otherwise – will undoubtedly influence the international appetite for wine. And naturally it is vital for Bordeaux proprietors to take this into consideration when setting the prix de sortie, the price at which the wine – or at least the first, miniscule tranche of this year’s wine – is released at.

So how was it looking for the Bordelais? As might be expected, several foreign markets were not looking too promising, their enthusiasm for wine dampened not only by concerns with ‘homeland security’ but also war; March 20th 2003 marked the combined aerial and ground invasion of Iraq, just a few days before the 2002 primeur tastings opened in Bordeaux. As if that wasn’t enough, the prices in such foreign markets were negatively impacted by unfavourable exchange rates. All of a sudden, to many consumers who would normally hoover up the newly-released bottles of Bordeaux, wine suddenly seemed unimportant, irrelevant maybe, and possibly – depending on those release prices of course – rather expensive as well. Things certainly weren’t looking rosy in the Bordeaux garden. 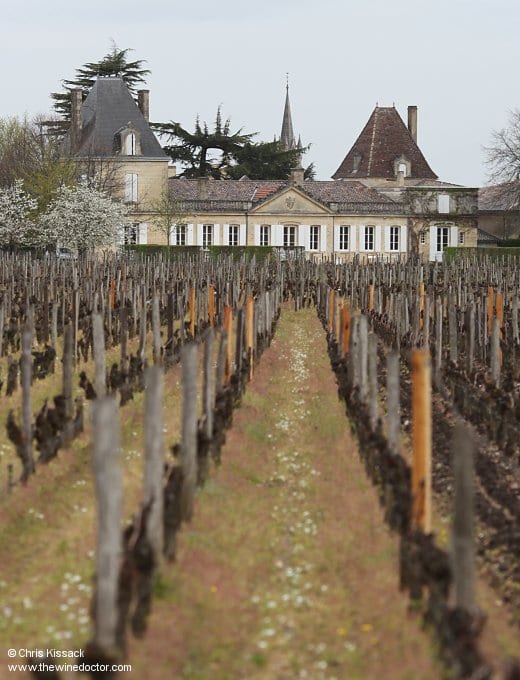 This was all in stark contrast to the jubilant celebrations two years earlier associated with the tasting and release of the 2000 vintage, when the Bordelais seemed to be on a high. Now their mood had descended into a deep depression, because not only were the markets not very interested in their efforts this year, it didn’t look as though the wines were up to much either. To compound the effects of disinterested and distracted foreign markets the 2002 growing season had hindered them with a less ripe, perhaps less appealing style of wine; there was certainly nothing like the sweet successes of 2000 here, and the wines were not even close to the rather attractive but overshadowed efforts that came out of 2001. They were always going to be a hard sell, but nothing hammered the nails in the coffin of the 2002 vintage more firmly than Robert Parker, the world’s pre-eminent wine critic, particularly when it comes to Bordeaux. Parker, the man who makes and breaks reputations and whose scores shape the market, didn’t turn up to taste the newest vintage. And the sad truth is, at that time (as is still the case, nearly a decade on) many Bordeaux proprietors defined themselves by Parker’s score. It was these magic numbers that, in some cases at least, were supposed to sell the wine.