Living in the shadow of the 1982 vintage can’t be easy. For consumers, however, knowledge of the fact that great vintages sometimes eclipse a very good one that follows can be an advantage. Astute buyers know that in Margaux this vintage was more successful than the preceding one, and in fact was probably the greatest vintage of the decade for this particular commune. It was also a chance for the leading estates in Sauternes to show off, and here the vintage most certainly surpasses the preceding one. Choose carefully and this is a vintage that has provide many drinkers of Bordeaux with a host of excellent and very good wines, sometimes at very favourable prices.

Following on from such a successful vintage, the vines were in good condition as the year opened. Although the weather very early on was not good, it soon improved, and by the time the vines were in flower the skies were fine and clear. The summer continued to be warm and dry; the developing fruit enjoyed a delightful June followed by the hottest July on record. The month was not without showers, however, and the humidity they brought encouraged rot and mildew, and brought the workers out into the vineyards in order to spray treatments against these afflictions. 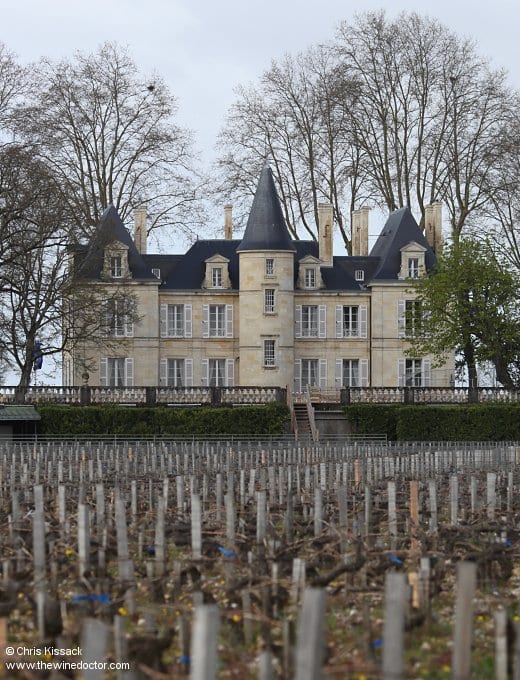 August started out similarly hot, but halfway through the month the weather turned; temperatures dropped, the skies filled with clouds, and the amount of rainfall increased even further. This cool weather continued into September, harvest month, and uneasy vignerons watched the skies hoping for a change. This came on September 18th, when strong winds helped to dry out the vines and their fruit, aided by warm sunshine. There followed a whole month of dry weather, and the relieved vignerons were able to bring in their harvest without feeling a drop of rain – not a common occurrence.