Looking back one year, the 2009 primeurs were dogged by gales and rain; the winds played havoc with the usual plethora of marquees, tents and other temporary structures that sprang up around Bordeaux during this annual tasting circus. It made the trip from car to château or tasting-tent more arduous than usual, especially when the winds were accompanied by horizontal rain. And when the Garonne decided to burst its banks on the day we were due to taste at the Moueix offices we had to navigate our way through the back-streets of Libourne, as the quayside road was flooded. It certainly added a frisson of excitement to the week.

When it comes to wine, though, the weather can do more than simply delay, divert or inconvenience us. It seems widely acknowledged that changes in atmospheric pressure can influence our sensory perception of wine, although it seems that the science of the mechanism by which it has this effect remains up for debate. One proposed and rather plausible explanation is that wine tastes better as the pressure rises as a result of carbon dioxide moving into solution, giving it a fresher and more lively vigour. Whatever the mechanism, a low or falling pressure seems to impact negatively on wine, and indeed some critics of Bordeaux 2009 made comment on this last year. What, I wonder, will these weather-sensitive critics make of the 2010 tastings, when barometers across Bordeaux began to strain under ever-rising pressures, with temperatures soaring to heights never before seen during the April tastings? Surely the wines tasted will be showing greater freshness and balance as a result of this good weather? If so, I trust we will see some acknowledgement of this in their reports? I suspect not. Which is a shame, because it might provide some excuse for the ever-higher scores with which the wines of Bordeaux 2010 are certainly to be anointed. 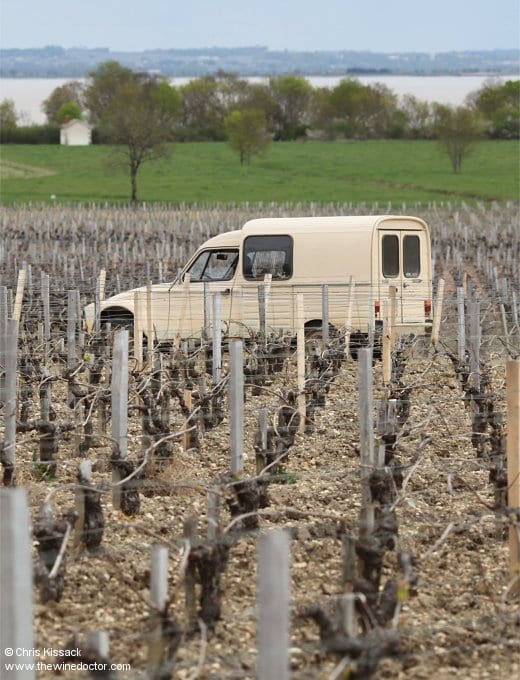 My own feeling is that atmospheric pressure can certainly influence how a wine is perceived, but there are more powerful variables which ride rough-shod across any nuances that might result from an incoming cold front. The temperature of the wine itself is one. And perhaps the temperature of the taster too? With warm weather forecast for several days, I set out for the tastings in t-shirt and jeans, and I still felt uncomfortably warm in some circumstances, especially at Château Desmirail where we tasted the Sauternes on April 6th. In the city of Bordeaux the temperature was nudging 32ºC (and this is early April, remember), whereas although it was less torrid in Cantenac, where the needle only hit 30.5ºC, inside the first-floor tasting room at Desmirail it felt much, much warmer. I really felt for those wedded to their pinstriped suits or smart jackets, their brows beaded with sweat, as they slogged their way through the wines in this sauna of a dégustation.