It was turning out to be a fairly miserable week, weather-wise. Although my arrival in Bordeaux for the first day of the primeurs was marked by warm sunshine that saw me sauntering around in a short-sleeved shirt, the conditions soon took a turn for the worse. By day two the temperatures had fallen considerably and the rain was bucketing down. By day three I was negotiating floods in Libourne in order to reach the first tasting venue of the day; the Moueix offices on the quayside had been temporarily cut off by the Dordogne which had burst its banks such was the volume of water it was carrying. The local gendarmerie had, quite sensibly I suspect, sealed off the road down towards the building where Christian Moueix and his son Edouard were pouring their wines.

It was all a long cry from the conditions during the growing season of 2009, which was more marked by dry weather and sunshine than rain and storms – although as my notes below reveal, the year was certainly not free of inclement weather.

A proper winter. A proper spring. And a proper summer. That was the message from the winemakers and proprietors during my visit to Bordeaux for this year’s primeurs. The winter that gripped Bordeaux as 2008 rolled into 2009 was colder than the norm, good for many reasons. It kills vineyard pests and forces the vine into dormancy, the sap falls and pruning can get underway. This is important with so many millions of vines to prune; I was reminded of this during this most recent of primeur tasting weeks, when I saw a number of vineyards still being pruned in the last week of March, even though elsewhere some vines were beginning to bud. This wasn’t a problem in 2009 though; the frosty nights kept the vines slumbering until early April. Eventually the vines did bud though, of course, the Merlots first, the Cabernets lagging behind – considerably so. 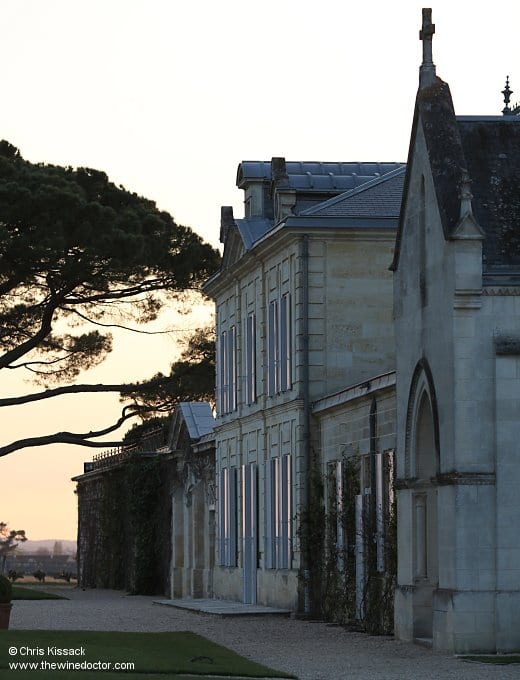 Summer soon arrived, and for many the weeks and months progressed in a relaxed fashion, warm and with appropriate rainfall. For many, but not for all. In May a devastating storm landed on the right bank, moving across the Bourg and Blaye appellations, then across the southern Médoc and into Graves. Many proprietors will tell you of the hailstones, reportedly as big as golf balls, damaging cars, buildings and of course vines. The worst destruction was north of St Emilion and in the Entre-Deux-Mers appellation, the latter perhaps of minor interest to buyers chasing the top 80-or-so châteaux which represent Bordeaux on international markets, but for the growers affected, and for the négociants who rely on these vineyards to source grapes and must – especially Sauvignon Blanc – for their blends, it was a catastrophe. All the vineyard managers could do was hope that the vines would recover and rebud, but what came was largely too little, too late. A few famous names were also affected; at Trottevieille for instance, total production in the 2009 vintage amounts to less than 700 cases.