After great vintages it is too easy for good quality to be overlooked; it has happened with 1982, when the following year saw some regions turn out excellent wines which have largely been disregarded – 1983 Margaux is a particularly fine example. It has also happened with 2000, which was followed by a vintage which produced many very good red wines, especially on the right bank I think. Nevertheless, it seems to me that beyond Sauternes, where the wines were plainly excellent and have quite rightly attracted much attention, the vintage is dismissed purely on the basis that it wasn’t another 2000.

Naturally, the 2006 vintage was always at risk of this very phenomenon. After a fine vintage in 2005, characterised by top quality fruit and wines which reportedly made themselves, rendering the régisseurs almost redundant, the vines had a lot to live up to. At the beginning of the 2006 growing season the unspoken hope in Bordeaux was, naturally, that the weather of 2005 would return – perhaps with a little rain first, to replenish the water table. Would the Bordelais get lucky again? The early months, through to the end of July, suggested that this might be the case. Or would this be another 1983, another 2001, a good vintage lost in the shadow of its predecessor? Or, more worryingly, would they see a less successful harvest – another 1991, perhaps, a vintage which does indeed deserve to remain in the shadow of 1990? Only the caprice of the Bordeaux climate would decide.

My review of the 2005 Bordeaux vintage begins by discussing rainfall, which was very low – less than 50% of what was expected – during the 2004/2005 winter and the growing season that followed. As 2005 marched on into 2006, this remained a concern. The winter months were not exceptionally cold, providing some snow and frosty sub-zero temperatures, keeping the vines nicely dormant and killing off vineyard pests, but nothing low enough to worry the vines. Rainfall, however, was a different matter. There was some precipitation, but it was not until early March that the vineyards saw the sort of heavy downpours that might have a chance of replenishing the water table. 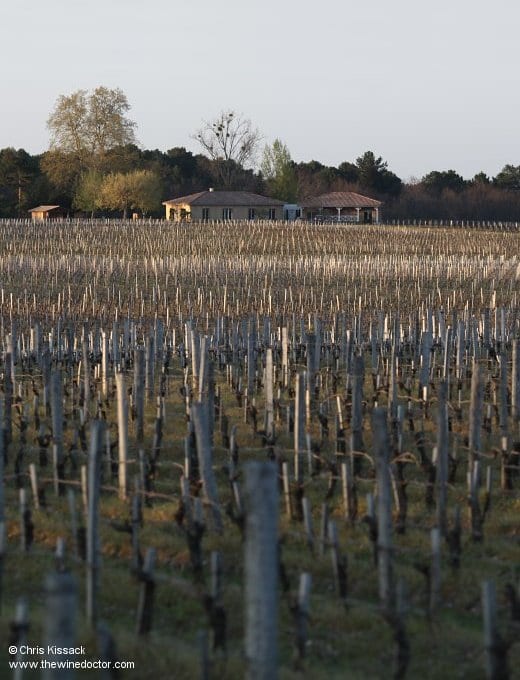 Budbreak and the first leaves appeared a few weeks later in early April – a late budding – precipitated by further rainfall and warmer temperatures in late March, but with cooler nights keeping the vine in check until April. The process was somewhat protracted and was complicated by frost in the second week of April. Once completed, however, subsequent inspection of the vines suggested that yields would be low this year, firstly as many vines had reduced flowering, most probably as a result of the drought, but also some potential clusters of flowers were lost as a result of this April frost.