A film is to be made of Robert Parker’s life, we are told, or at least so Decanter’s April Fool story, released during the primeurs in the spring of 2008, would have us believe. And with two films of that famous 1976 Judgement of Paris tasting either underway or completed at the time of writing, it seems that Hollywood and Bordeaux might make good bedfellows. Budding script writers, eager to get in on the act, might find that the 2007 Bordeaux vintage has the right ingredients for a similarly good story; prolonged desperation through a chilly summer with no apparent hope of reprieve until almost the last minute, a miraculous change of fortunes when all looked lost, and it all – well, almost all – turns out alright at the end. Yes, 2007 might well be called the Hollywood vintage; a typical tale of woe, with an improbable ending.

The story begins with budbreak and flowering. Please don’t switch off, for once this is not an academic inspection of the life cycle of the vine. In 2007 these processes were absolutely central to both the problems and the eventual salvation of the vintage; problematic, because it was so irregular, but a saving grace in that it was remarkably early, with many of the warmer terroirs showing budbreak in March. Early flowering is not without risk, as a cold snap could easily devastate the process, and thus drastically reduce the volume of the harvest. And when frost comes in Bordeaux, it can strike mercilessly, as was seen in 1956, when it wiped out more than just flowers and fruit, many vines died too. Sixty years on there is less worry about frost, but nevertheless there were some cold nights in late March, never quite reaching 0ºC, but certainly cold enough to dissuade the vines from their early awakening. And thus although early, budbreak was a patchy and prolonged affair. This set the scene, consequently, for an irregular and prolonged flowering, and then later in the year an erratic veraison – when the fruit changes colour as it ripens. 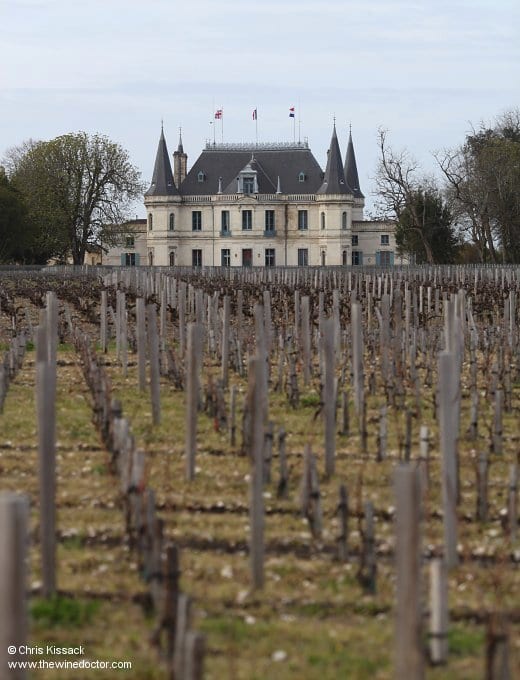 As the development of the vines progressed, the weather provided another sequence of problems for the vigneron. Summer temperatures were disappointingly low, and the grey and damp, drizzly days of June, July and August engendered the arrival of diseases such as oidium and mildew. Active spraying was necessary, and the most successful châteaux will be those with the financial wherewithal to make continuous passes through the vineyard, separating out and dropping rotten or mouldy fruit and regularly applying appropriate treatments. The cool weather also discouraged the ripening of the fruit, resulting in a remarkably long growing season. The one hundred day rule – the time from flowering to harvest is often said to be 100 days – did not apply in this vintage; some vines needed as long as 130 days to ripen their fruit. The vines struggled on, but in late August, when many are looking towards harvesting the fruit (indeed, the 2003 harvest began in August), the vintage appeared to be a washout.