Following the great success of the 2000 vintage, was there ever any hope for 2001? Of course there was; although the 2000 vintage produced some superb red wines, the other styles associated with the region – the sweet and dry whites – were perhaps less favoured. In 2001, although the conditions did not favour the red wines so much, they were much better for Sauternes and Barsac, and the cellarmasters were able to produce some of the most fabulous sweet white wines of all recent Bordeaux vintages.

Much of the tension of any vintage comes at the end, as the fruit ripens on the vine; vignerons watch the sky looking for signs of rain. In 2001, however, old hands were already twitchy in February. Uncommonly warm weather, the result of a high-pressure system that had travelled from the Azores, had the sap rising, potential buds swelling, and some vines even pushing out a leaf or two, all in early February. Pruning was impossible under these conditions, and any frost now would be an unprecedented disaster. The same situation in 1956, when warm weather was followed by an intense freeze, had killed huge swathes of vines in the region. It had been an unmitigated disaster, and in the years that followed the region saw extensive replanting as the vineyards recovered. Fortunately, forty-five years later, the weather took a different turn, and this year there was no such tragedy. The latter weeks of February saw the weather cool, the threat of budburst subsided, the vines having decided to wait instead for warmer weather; the buds eventually broke out in March. 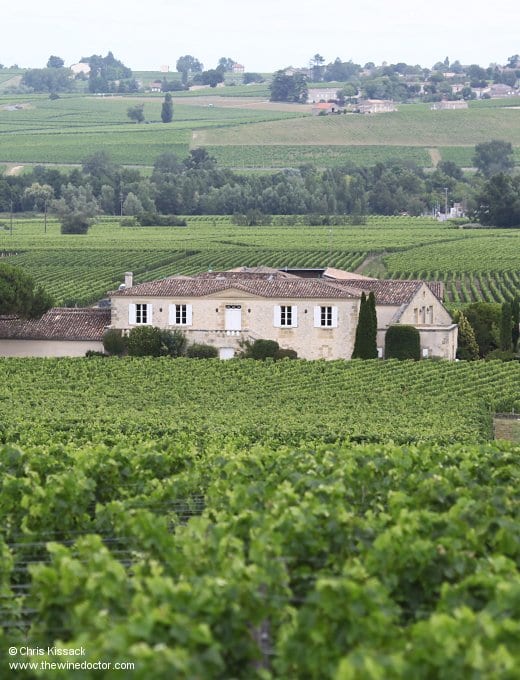 The spring months progressed without particular concerns; there was occasional threat of frost, but none actually materialised. A heat-wave in late May sparked off prompt flowering, and summer saw the fruit develop without any major concerns. During the warmest months, it looked as though the magic of the 2000 vintage may have returned this year too. It was in July, however, that the differences between the two years began to materialise. The latter weeks of the month were cool and damp, and throughout August the weather oscillated, from warm and dry back to miserable and wet. The ripening slowed down as a result, and the cold September that followed only served to accentuate this phenomenon. Nevertheless September was at least dry, and so the grapes remained healthy, maturing slowly, the vines coping well thanks to the well-stocked water table following the 2000/2001 winter rains. The grapes were largely in good condition when harvest began on September 10th for the dry whites, the picking progressing at a relaxed pace. The reds began much later, on September 24th, proceeding through into October.