It is late afternoon in mid-March, and I am ambling across Sloane Square in London, trying to keep in mind a mental image of a map of the immediate area. I pass Tiffany & Co. on the corner, and stroll by a number of pupils from nearby Hill House School, wearing their surreal uniform of mustard sweaters and rust-coloured plus-fours. My destination is on Wilbraham Place, just off Sloane Street. Here, at a gathering of members of Le Cercle Rive Droite in the aptly named restaurant Le Cercle, is my first opportunity to taste the wines of the 2008 Bordeaux vintage.

But, you may ask, why am I even bothering? Isn’t this vintage a washout, a source of weak and feeble wines from a wet and sorry growing season? This view is certainly one taken by some – although only by those who haven’t tasted the wines, I note. As I have already indicated the market is certainly looking weak and feeble, 2008 and 2009 being years of global recession, and so the last thing on the minds of even the most ardent followers of Bordeaux is acquiring yet more cases of expensive claret. But the wines? They can only be judged by tasting, not by inference from the state of the financial markets! And so I began tasting the wines in a state of equipoise, ready to be disappointed or delighted in equal measure.

And in many cases, both at Le Cercle and when visiting Bordeaux a couple of weeks later for the primeur tastings, it was delight that I felt.

The Hollywood Vintage: The Sequel

Last year I christened 2007 the “Hollywood Vintage”, as it seemed to me that the harvest, which was heading for a rot and mildew-infested disaster, was saved by an improbably fortunate ending (warm September weather) redolent of a Hollywood action movie, when in the last ten minutes the hero, against all the odds, saves the day. If this is so, then 2008 is the sequel, for yet again the Bordelais laboured under a rather wet and depressing summer sky, before once again the weather improved late in the year, saving the harvest. The only flaw in this analogy is that, unlike most Hollywood sequels, 2008 has turned out to be a considerably better effort than 2007.

A quick review of the vintage is in order, as it should aid an understanding of why the wines have turned as they have. After the duress of 2007 the vines were in no mood for another vigorous growing season; nevertheless the early months of the year were warmer than usual, and some buds were threatening to burst as early as February. Indeed, in vineyards around Pichon-Lalande I saw vines boldly throwing out leaves in the last week of March. Rather like 2007, however, budbreak was erratic and stuttering, and an April frost caught some vines off-guard. The damage to the buds was the first of many events which resulted in a dramatic fall in yields this year. 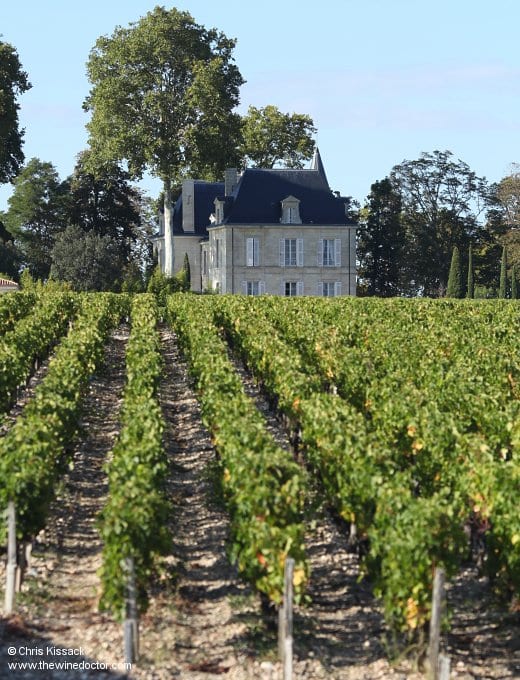 April and May were damp, and mildew threatened, although having gained a lot of practice spraying during 2007 most châteaux were quick to respond to this menace. But the flowering was affected, with coulure (failure of fertilisation to produce the fruit) and also millerandage (failure of fruit development, leaving lots of tiny berries in the bunch). Both further reduced yields. The development of the vines was retarded but a warm July, which many proprietors were keen to remind me of during the primeur tastings, helped them along. Perhaps this warmer month was a parting gift from La Niña, a cooling of the Pacific Equatorial current, which has the effect of bringing cooler weather to much of the world. The opposite of the better-known El Niño (which is a warming of the Pacific Equatorial current), La Niña began in August 2007, but was fading by the summer of 2008, and probably had a strong influence on both the 2007 and 2008 Bordeaux vintages (and indeed much of the weather across northern Europe). The fruit began to change colour, but because of the erratic flowering this was rather spun out, and this was exacerbated by cooler weather in August and early September. Extensive green harvesting was necessary to remove the fruit without a chance of ripening, further reducing yields, which are the lowest since 1991.