Following the triumvirate of successful vintages for Bordeaux spanning the years 1988-1990, the region suffered a number of disappointing vintages, particularly 1991 and 1992 (although as always there were a tiny number of châteaux that still managed to turn out a respectable wine, although they are very few and far between). In fact, none of the vintages throughout the 1990s matched the broad success seen in these three vintages. 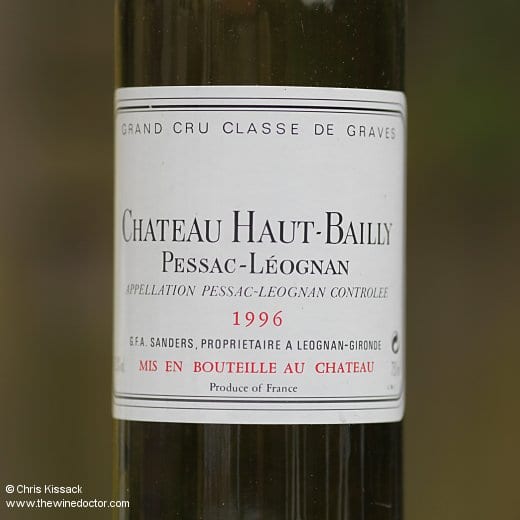 It is a marked contrast to the picture today, where nearly every other year is a potential Vintage of the Century, it seems. Consequently, the success of Bordeaux 2000 – and subsequent vintages – meant that (for a while at least) many wines from the 1990s were available for a song, as prices for subsequent vintages climbed ever skywards, and both wine drinkers and wine investors poured their money into these new vintages.

One important vintage from this decade is 1996. This was a vintage that received very positive comments from some quarters upon release, although many critics have since downgraded their scores and opinions of these wines. Nevertheless, 1996 is a classic left bank vintage, as the ripening conditions and harvest favoured Cabernet Sauvignon which is the dominant grape for the left bank appellations of St Estèphe, Pauillac, St Julien, Margaux, Moulis and Listrac and the rest of the Médoc (see my Bordeaux wine guide for more on the communes of Bordeaux).