Monsieur Propriétaire leaned forward, his elbows resting on the polished surface of the conference room table. Fashioned principally from African Blackwood, sourced from the slopes of Mount Kilimanjaro, and trimmed with Tibetan Agarwood, it shimmered with a jet-black hue. He stared into its inky darkness, as a sailor on a doomed ship might stare into the abyss that awaits him. Tired of the debate, he rested his head in his hands, sinking down until his forehead sat square on his palms. He wondered if he would ever see the end of this day.

It was May 2020, and weeks of rain were finally petering out. The scents that wafted into the boardroom from the vineyard, now in its second year of organic and biodynamic conversion, seemed to speak of new life, of new potential. Monsieur Propriétaire’s mind began to wander, and he found himself thinking back to January 2018, when he had first walked in the vines with his new consultant, the fiery Vaquero Méjor Hobomüncher. Under his guidance he had agreed to convert the entire vineyard to biodynamic viticulture. Not just organic, but biodynamic, he thought to himself. Monsieur Propriétaire had watched as every last drum of synthetic herbicide, pesticide and fungicide had been loaded up onto the back of two eighteen-wheeler big rigs which transported it all away, no doubt to some sanctioned chemical disposal facility. Or at least that was what he hoped. Some doubt had crept in when Monsieur Propriétaire had read a week or two later, in the weekend edition of Sud Ouest, of several suspiciously familiar blue drums washing up on the muddy banks of the Gironde, but Monsieur Propriétaire had learnt enough from his time in Bordeaux to keep quiet. What goes in the Gironde, stays in the Gironde, as the locals say.

That had been a great day, one that had given him a feeling of euphoria he had not experienced in many years. The feeling had long evaporated when he realised, just a few months later, that the mildew of early 2018 had reduced his yield to just 3 hl/ha. But that, as Hobomüncher had told him, was not solely down to the destructive disease. “The vineyard is healing, it is still finding its balance”, he had said, his hands held before him with their palms together, as if in solemn prayer. Monsieur Propriétaire believed him. Indeed, Monsieur Propriétaire believed everything he said.

And then came 2019, and at last the season had gone their way. After multiple catastrophes, crops destroyed by frost one year, by mildew the next, and even the failed Bordeaux AquaFun™ theme park, the wine gods had finally seen fit to send some of their reputed benevolence his way. It had been a little tricky through April and May, with some cool and wet weather threatening to disrupt the flowering, but once that had passed it had been plain sailing. The sun had shone almost non-stop from the end of June right through July, August and most of September. There had been just a little rain here and there, just when the vines needed it, and in they end they picked a wealth of perfectly ripe fruit, rich in flavour, the resulting wines wrapped in a velvety coat of tannins. And the yields! They had brought in 65 hl/ha, their hods and trailers overflowing with fruit. It was unheard of for a biodynamic property – everybody had been amazed! Everybody except for his trusty technical director, Aubin Jefaidesbulles, Monsieur Propriétaire had noticed. But then Aubin had always been a cool customer. 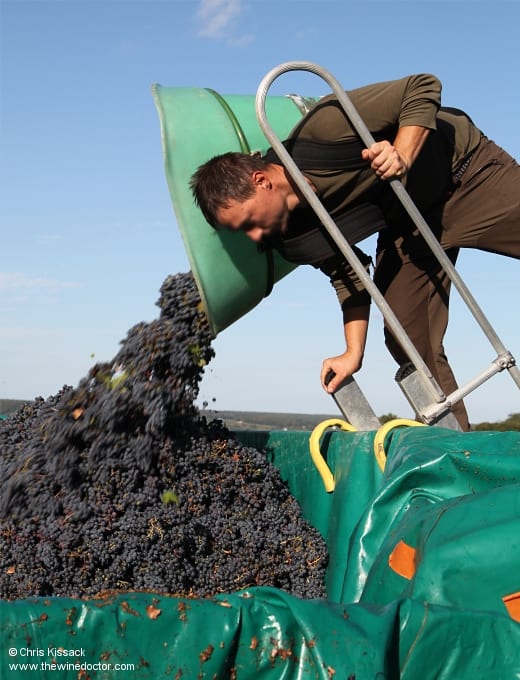 And now this. Covid-19 had arrived in the region. Sixty people had fallen seriously ill after a day at the beach at Arcachon. People had panicked. The primeurs were cancelled. He had made his best wine ever, but would he ever be able to sell it?

Monsieur Propriétaire looked up once more at the three other men seated around the table, each face hidden behind the requisite protective masks. Monsieur Propriétaire was particularly pleased with their face masks, each one woven from the finest mulberry silk in a classic Hermès pattern, with the château’s logo right in the centre. Admittedly, his choice of material and design had meant three months had passed until they had arrived at the château, but standards must not be allowed to slip. Branding is everything, after all.