Following the dreadfully disappointing trio of vintages from 1991 to 1993, the Bordelais were desperate for a successful year. With the 1994 vintage it seemed, at least at first, that this was to be the case. But in Bordeaux, nothing can be taken for granted. My vintage review below gives a brief summary of the characteristics of the vintage, and there are links to my tasting notes to the right.

Following the 1993 vintage Bordeaux experienced a mild winter, and the vineyards sprung into life earlier than expected during the spring; indeed, it was one of the earliest flowerings to date for the region, and subsequently the developing vines basked in the warm summer weather as the fruit was set and started to swell. July and August were both warm and favourable, and as always the hopes – of both the vignerons and the consumers – were raised. After two washout vintages in 1991 and 1992, and the initially promising but ultimately disappointing 1993, everyone was looking for a good vintage. Fruit analyses carried out by the Oenology Faculty at Bordeaux University in mid-August suggested that even more was possible, as they likened the fruit to that analysed during the 1982 and 1990 growing seasons. The hyperbole that surrounds Bordeaux vintages of modern times is not such a new phenomenon, perhaps. 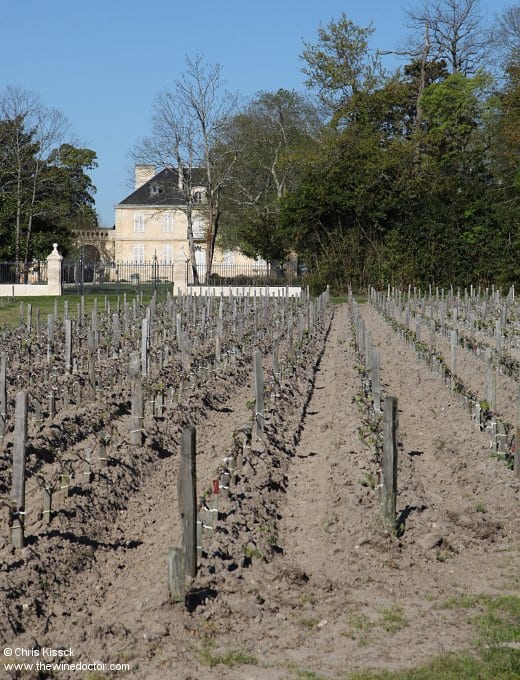 With the benefit of hindsight we can now see how foolish these less than hesitant predictions were. Even without tasting any wines, an inspection of the meteorological records for the region should be enough to raise our guard. On September 7th, only a week or so after the parallels with 1982 and 1990 had been drawn, the heavens opened, bringing an unwanted deluge to the region, and it continued to rain non-stop throughout the next two weeks. Any chance of a top quality vintage soon dissipated, along with the hopes and dreams of the winemakers. There are always exceptions though; estates that pulled out all the stops to extract the best quality possible from the vintage, or perhaps succeeded through a more serendipitous route. the red wines would always be worth investigating, with earlier-picked fruit brought in before the harvest – especially the right bank Merlots – perhaps holding the greatest promise. The left bank should not be ignored though. As always, you have to taste the wines to know for sure.