When it comes to Bordeaux, names often evoke history, especially as over centuries past many châteaux proprietors have followed the common practice of appending their family name to that of their property. The Brown of Château Cantenac-Brown in Margaux and Château Brown in Pessac-Léognan, for example, was none other than John Lewis Brown, an ancestor of the artist of the same name who was famed for his equestrian images. Château Latour has the same effect, although here the name refers not to a person but to a building, the Tor à St-Lambert, the site of one of countless Anglo-French battles during the Hundred Years’ War. The Graves estate of Château Pape-Clément is another example, and is in fact a rather special one. Here the name is that of Pope Clément V, a French-born clergyman who took the papal office in the early 14th century. Thus the modern-day Château Pape-Clément, these days one of several dozen properties in the ownership of Bernard Magrez, has one of the longest and best documented histories of all Bordeaux châteaux. 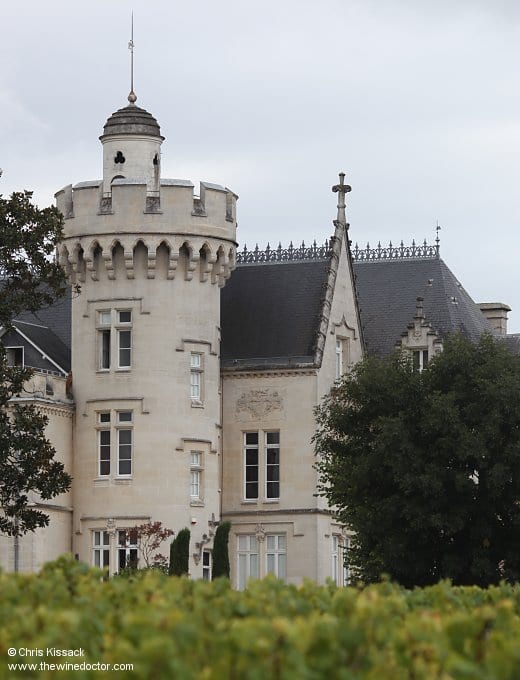 Clément V was born into the noble De Goth family who held a seat at Villandraut, to the south of Sauternes. The child destined to be pope was named Bertrand. He began his career in the church at a young age, and by 1299 he had been made Archbishop of Bordeaux by Pope Boniface VIII. With such a title naturally there came a need to find a suitable residence, and his brother (who was Archbishop of Lyon) presented him with a property named La Mothe (which, as fans of Lamothe, Lamothe-Guignard and Margaux, once also called Lamothe, will know, indicates the presence of a hillock or other high ground) as a gift. This estate lay close to Bordeaux, between the road to Mérignac (best known today as the location of Bordeaux’s airport) and the nearby Magonty estate. There was already a vineyard here which Bertrand de Goth expanded, although not to hugely commercial proportions.