Throughout the appellation of Pessac-Léognan vineyards and suburban housing (and the occasional airport) jostle for position on the increasingly crowded soils of gravel and clay. Nowhere (other than Pessac, which lies well within the city of Bordeaux itself) is the battle more active than in Léognan, a confused and interdigitating mix of residential streets and vineyards. Such are the rewards to property developers that it sometimes feels as though the vines are destined to lose, but it is not so; even today, vineyards can be established, or at the very least revitalised, brought back to life, saving yet another plot from the grip of the town planners and the builders.

The little-known Château Hannetot is a case in point. This micro-estate is located in a narrow strip of vine-speckled land that runs from the green suburbs of Léognan itself to the south-west, through to the somewhat busier and more bustling Villenave d’Ornon to the north-east. The vineyards open out on one side, where Château Olivier and Château Brown are to be found. On the other, beyond the waters of L’Eau Blanche, a minor tributary of the Garonne, there is a sweeping crest of gravel on which Château Haut-Bailly, Château Larrivet Haut-Brion and Château Carbonnieux are to be found. Château Hannetot keeps good company, it seems. In fact, one can only wonder, in view of its seemingly advantageous position, why the estate is not better known. The answer to this question lies in the history of the domaine, which has only recently been reborn. 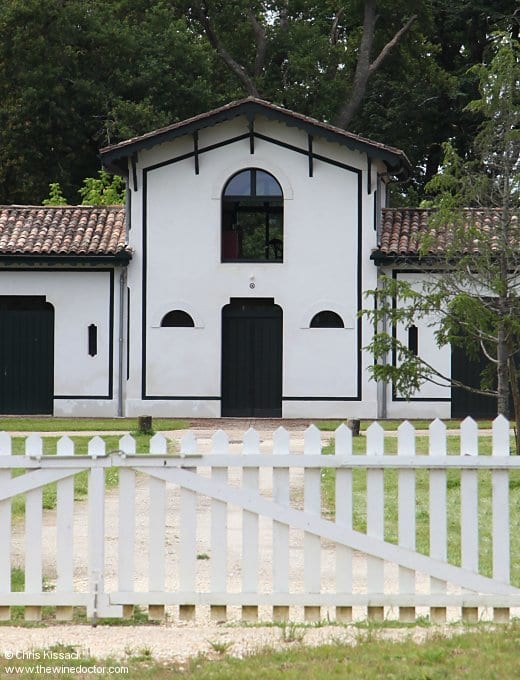 The origin of the estate as it stands today lies in the Revolution, in the late 18th century, when domaines were broken up and redistributed, often by auction. One such slice of the Léognan landscape was the heart of the 4-hectare plot we know today as Château Hannetot, although it originally went by the name of Hantot. It was acquired from a local paper merchant named Charles Joseph Latour by Paul Alexandre Desclaux. I suspect this is the same Paul Alexandre Desclaux described by Abbé Patrice-John O’Reilly in Histoire Complète de Bordeaux (Imprimerie de J. Delmas, 1856), who was tried during the Terreur for “not having shown all the energy of a Republican” and for “not having diverted his father from the errors into which he had plunged”. Thankfully for Desclaux he was acquitted after giving evidence in his own favour, and he went on to purchase the plot of land known as Hantot, on which at the time there was a house and some outbuildings. In subsequent years he expanded his little dominion with the acquisition of neighbouring parcels of land, also made available for purchase in the post-Revolutionary redistribution.