Like many Bordeaux estates, such as the Léovilles and the Pichons, Château Lamothe-Guignard was originally part of a much larger property. The original Château Lamothe was an 8th-century fortress, built on this crop of high land (lamothe is one of many Bordeaux words describing a small hill or outcrop of land) to protect the locals from troublesome outlaws who inhabited the nearby woods. Some remains of that original structure can still be seen today. Now though, the site is occupied by a broad and low-slung building, dating from the 16th century, with prominent rounded towers at each corner wearing rather Romanesque roofs; it remains mildly fortress-like in its appearance, although its whitewashed walls always make me think this castillo blanco has been transplanted here from somewhere further south. My mind always drifts to La Mancha and Spain, although this is probably nothing more than my occasionally over-active and vivid imagination.

But we are certainly not in Spain here; Lamothe-Guignard, which represents half of this gleaming white fortress, is French through and through. The other half is what is known today simply as Lamothe (sometimes referred to as Lamothe-Despujols, to distinguish it from Lamothe-Guignard). The split which resulted in the original Lamothe estate (which was also referred to as Lamothe-d’Assault when it was whole) being divided into these two separate and independently owned properties occurred during the 19th century. Before this time little information on the estate’s history is available. We know that at the start of the 19th century the property was in the hands of Jean-François de Borie, who sold the estate in 1814 to an English négociant named Dowling. His tenure does not appear to have been successful, however, and six years later the property came to a man named Baptiste. And this is when the modern story of Lamothe-Guignard really begins. 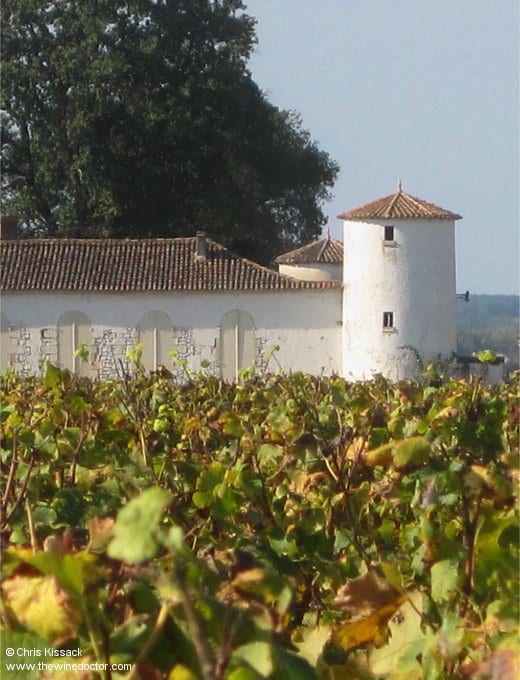 The Cleaving of Lamothe

The break up off the estate occurred under the tenure of the Baptiste family, who were in charge throughout much of the 19th century, although it was during their tenure that the division of the estate seems to have occurred. Certainly, by 1852, the estate has moved from the Baptiste family to two new owners named Conseil and Deutz. A few years later the estate was classed as a deuxième cru in the 1855 classification of Sauternes and Barsac. This grand status has been inherited by both of the Lamothe descendents, Lamothe-Guignard and Lamothe-Despujols.