Around Bordeaux there are a number of estates which, despite being excluded from the upper echelons of the relevant classification systems, still seem to take on the level of kudos more readily associated with estates in possession of a more ennobled ranking. Examples might include Château Potensac, which no doubt benefits from the association with Château Léoville-Las-Cases, the two estates being under the same ownership and thus receiving a helping hand when it comes to marketing and distribution. In St Emilion, perhaps Château Teyssier would do to illustrate my point; an estate with no notable ranking, but which nevertheless turns out excellent wines. In Pessac-Léognan we have several good examples, including Château Brown and Château La Louvière, and it is the latter which is the subject of this profile. Although not ranked among the classified estates of 1959 the wines of Château La Louvière are frequently of good quality and can, in some vintages, stand up for themselves very well when tasted alongside wines from much more famous properties.

The story of Château La Louvière begins in the late 14th century with a plot of land named sometimes Lobeyra, sometimes Loubière and sometimes, thankfully, Louvière. All of these names seem vaguely reminiscent of the wolves (Latin: lupus) that purportedly roamed the forests of Léognan at the time, although as to whether or not this is the true origin of the name I will maintain a healthy scepticism. Remarkably, we have some information about the proprietors of the estate at the time; from 1398 onwards this was the property of the Guilloche family, seemingly a collection of poets and politicians. They maintained a foothold here for many hundreds of years, and during the 16th century they consolidated their position when Pierre de Guilloche and then Jean de Guilloche (father and son) acquired several tracts of land in order to augment their estate. 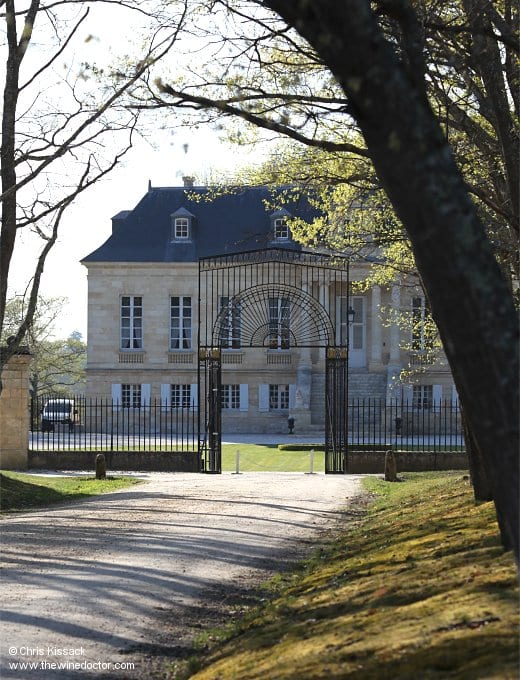 As a consequence the Guilloche landholdings grew to a considerable size, but it did not necessarily afford them a simple and straightforward life; Pierre, a local Provost, was killed in the St Bartholomew’s Day Massacre in 1572. This was a violent Catholic uprising (backed by Spain) against the Huguenot Protestants (backed by the English); the massacre was the bloodiest day of the French Wars of Religion, which dragged on for nearly four decades. With Pierre’s death the estate thus passed to the aforementioned Jean de Guilloche, who married a noblewoman named Roquetaillade, and his family continued their ownership until ultimately selling the property to Arnaud de Gascq, the abbot at the Abbaye de Saint-Ferme, in 1618. Just two years later he seems to have passed it to the Abbaye Notre Dame de Miséricorde, a Carthusian order in Bordeaux. It remained in their hands, the monks working the estate – paying particular attention to the vineyards, naturally – until it was lost to them in the Revolution near the end of the 18th century.